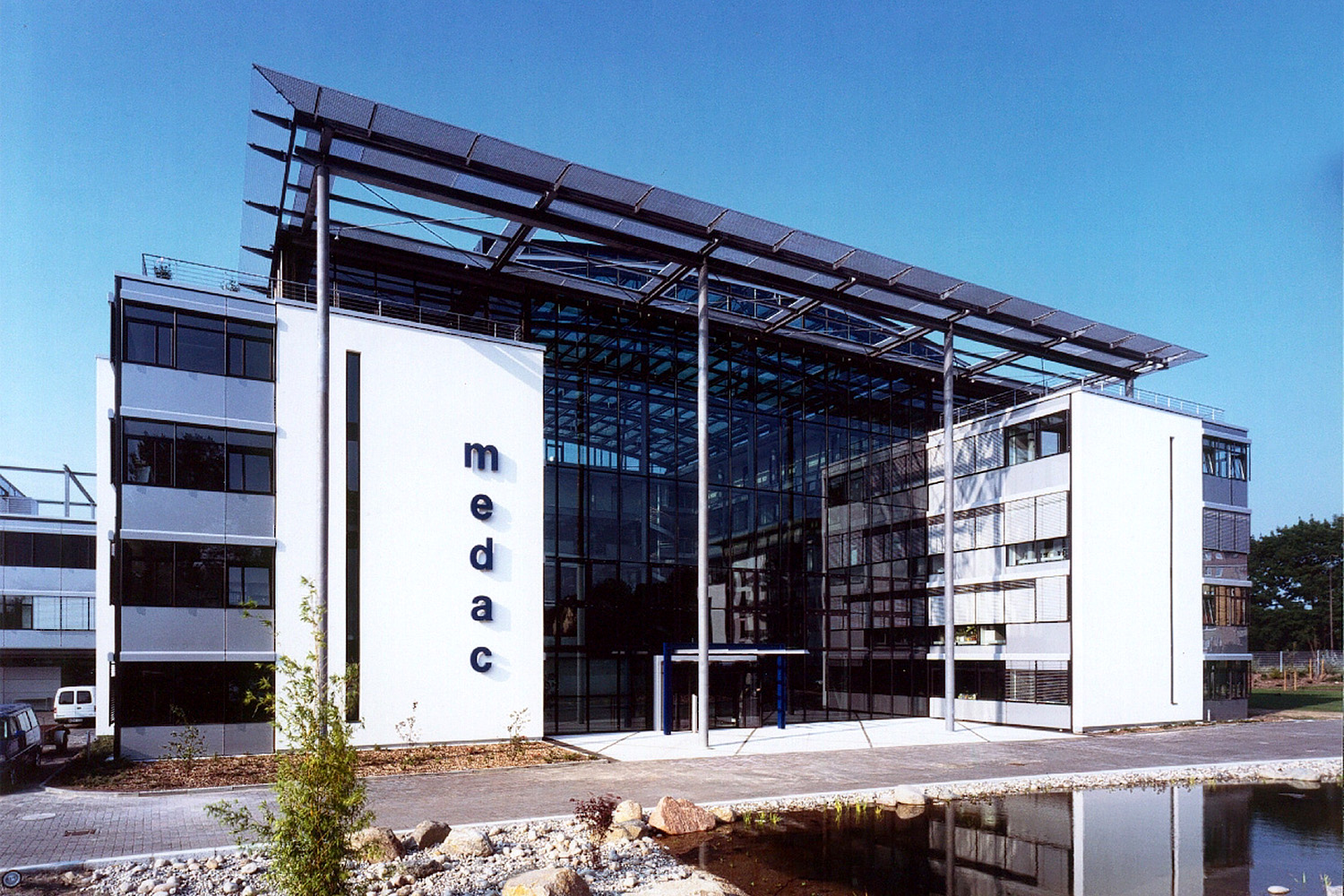 In 1997, the city of Wedel in Schleswig-Holstein provided medac with a building plot in the 'heart of the city'. At that time, the pharmaceutical company, formerly founded at Hamburg's Jungfernstieg, was looking for a plot of land for its growing business in order to create a representative building as its headquarters. For this purpose, an invited competition was held together with five renowned German architectural offices. The extraordinary appeal of the design task was on the one hand to combine the various uses (logistics, high-bay warehouse, packaging, order picking, laboratory, shipping and administration) with the corresponding building requirements. On the other hand, the aim was to integrate a laboratory and production building on an inner-city site within a residential area in such a way that it would not appear as a foreign body, but would blend into the surroundings and enhance the overall situation in terms of urban planning and architecture. Against this background, an analysis of the production processes was first carried out in close cooperation with the user in order to achieve a compact and functional arrangement of the different areas. This resulted in the wide base of the building, which houses the production and warehouse. The high-bay warehouse is recessed into the ground so that the cityscape is not impaired and the goods can be brought in and out by the shortest possible route. The entrance area is representative. This is clearly marked by a five-storey glazed entrance hall, the effect of which is enhanced by a cantilevered, transparent steel canopy and 20-metre-high, free-standing columns. Within the building, open communication areas such as tea kitchens, team rooms, the canteen and public roof terraces were deliberately positioned at highly frequented crossroads. The façade, a post and beam construction, is subject to a strict expansion grid. 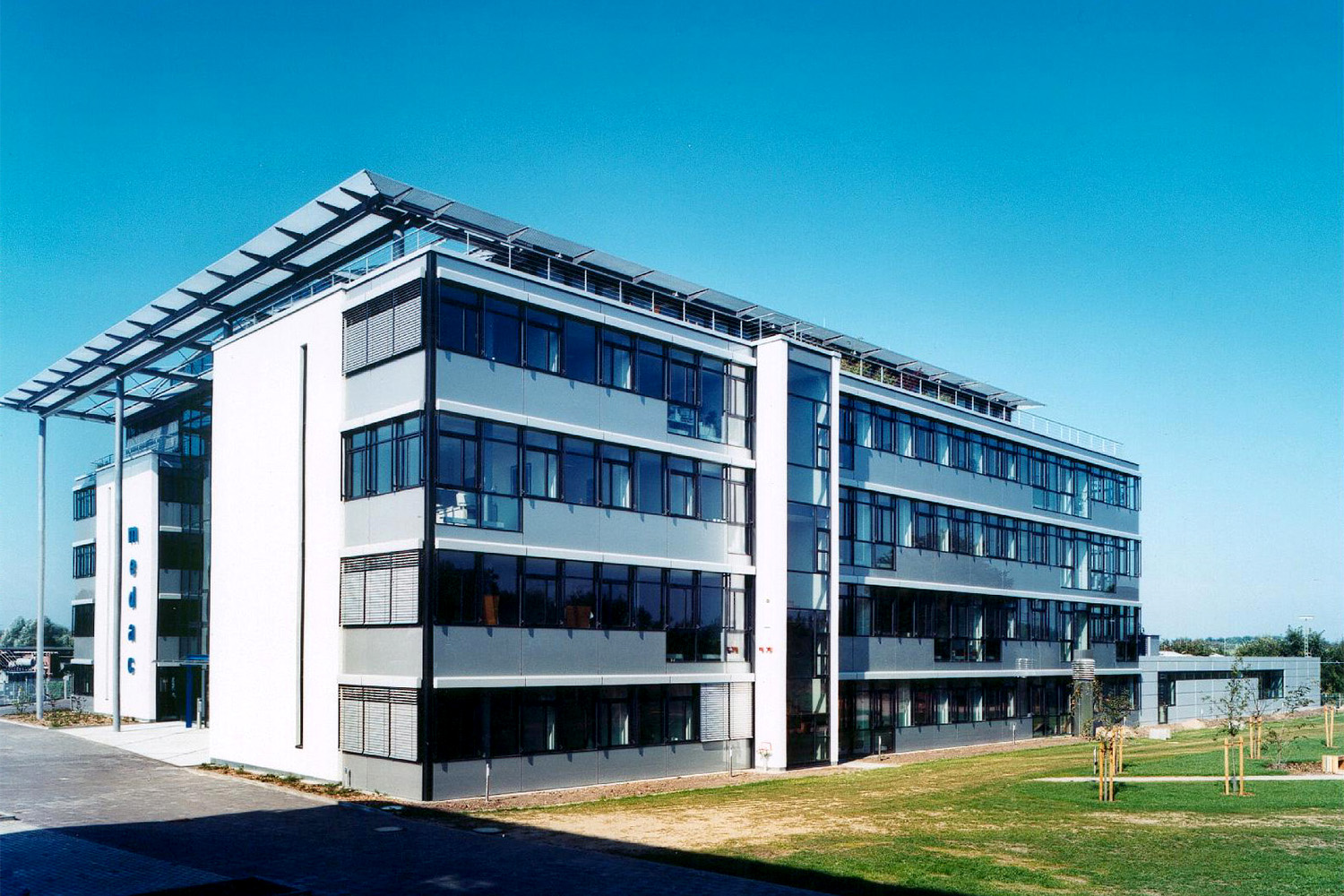 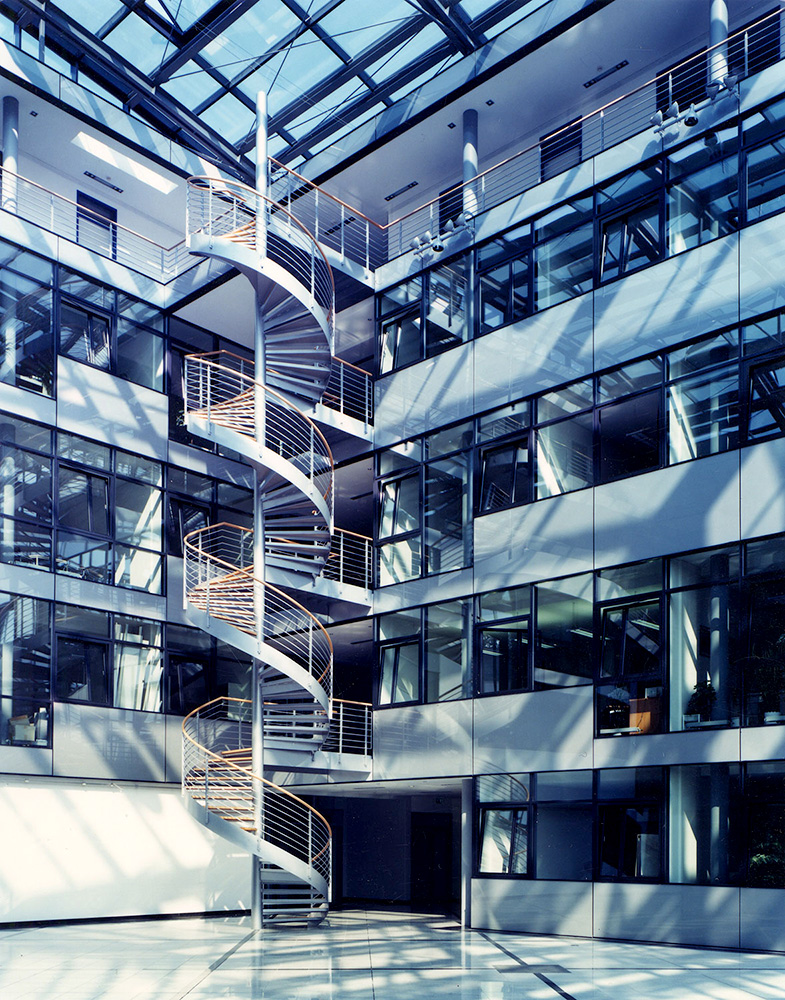 The constructive idea of setting the supporting skeleton back from the edge of the building shell made it possible to playfully break through this grid optically by means of coloured glass of different heights. In order to make the interface between the first and second construction phase clearly perceptible, an adventure bridge was designed. The glass connecting passage is surrounded by 'light grass'. This lighting technology, specially developed for the construction project, is composed of light stalks of varying lengths, whose fine acrylic glass tubes rhythmically change their light into eight different shades. 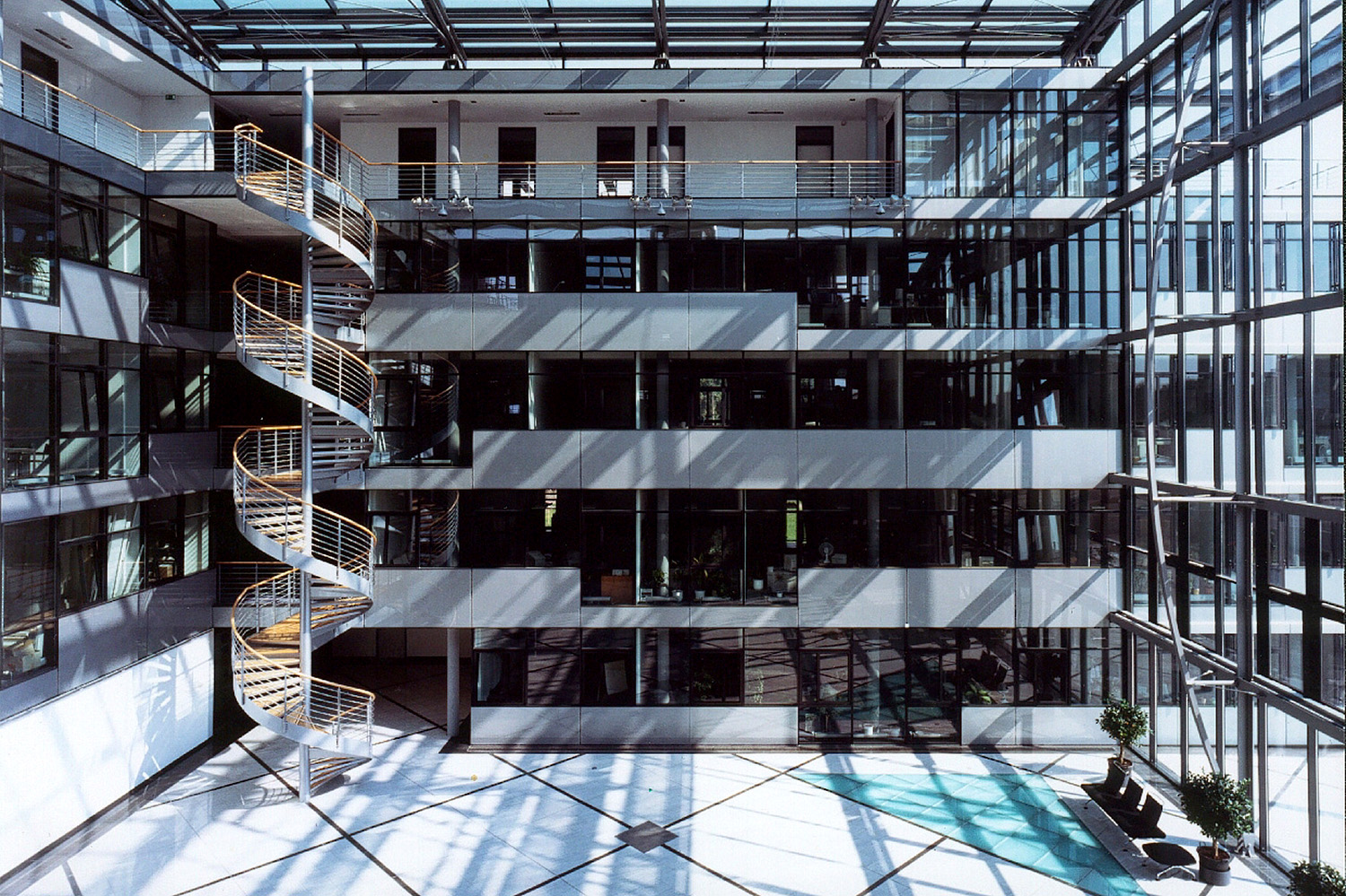