The first step we took to initialize this project was to research the natural elements surrounding the project´s area and came across the Limpopo National Park where we discovered a myriad of flourishing wild life. The Malachite and the African pigmy Kingfisher caught our immediate attention due to their vibrant colors and became to us clear to bring conceptually these specimens into our project. We envisioned the Preschool as a safe place for children, a place still between childhood fantasy and reality, where the children´s first contact with the world would not be harsh, but soft, warming and protective.

So, the School itself embodies both conceptually and metaphorically the shape of the Kingfisher bird which nests protectively it´s eggs as if Mother Nature itself came together to protect the children like a mothers embrace.

Given the land plot we started to organize our school layout according to this prime idea which by its own nature proceeded to give shape to the school. 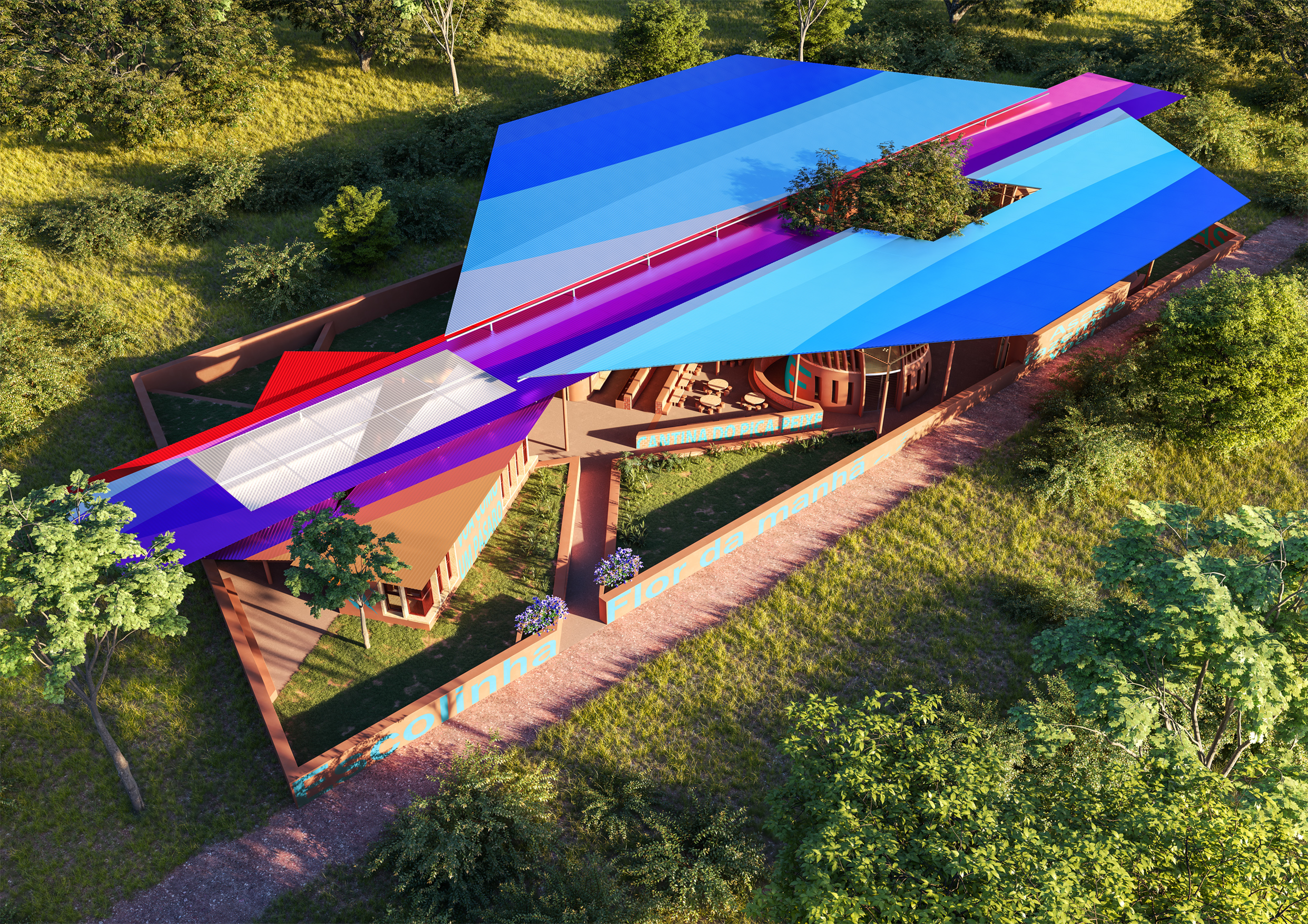 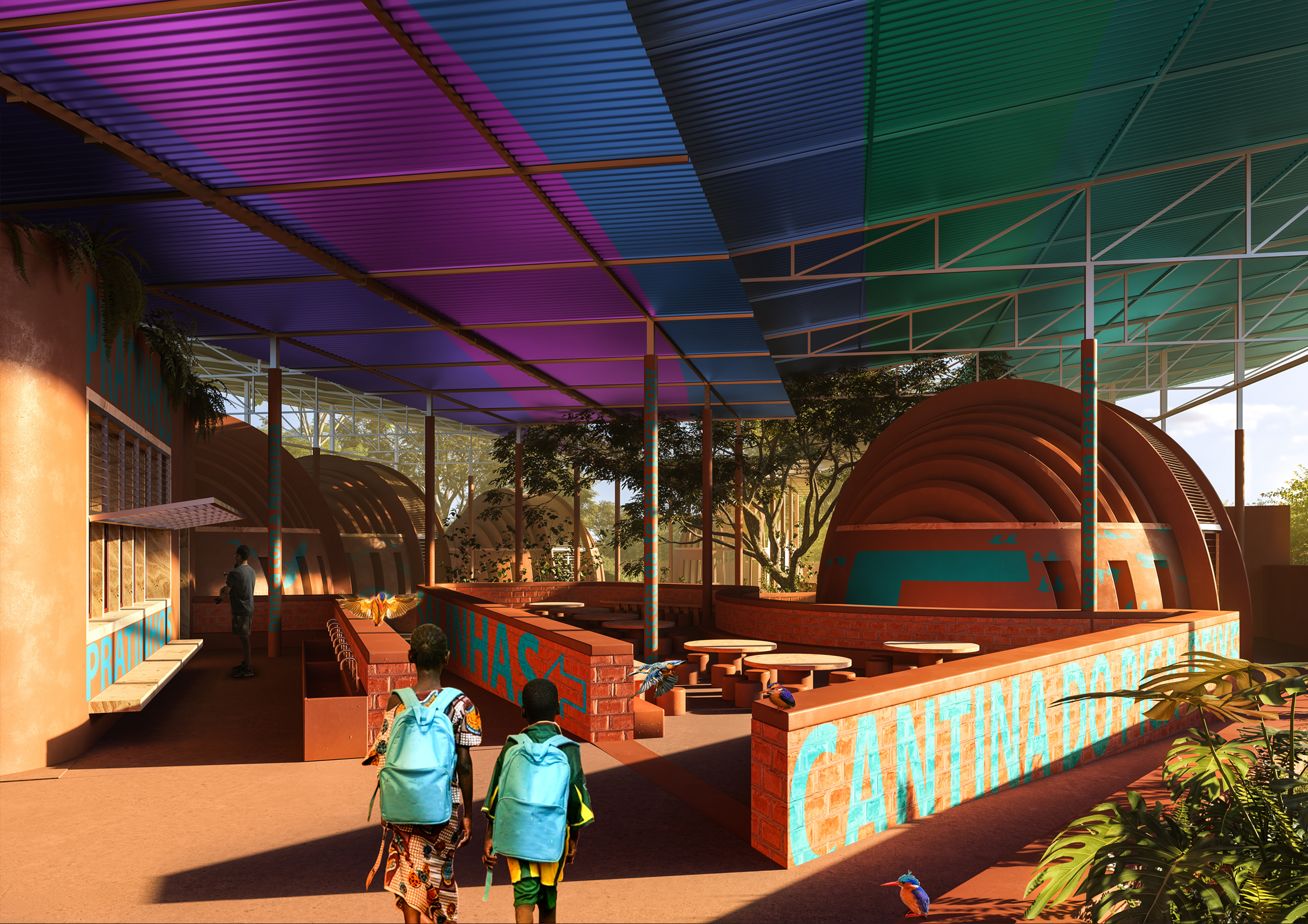 With emphasis on the project concept, the school is protected above by an elevated roof made of steel sheets which cover the entire building. This roof is sculpted conceptually accordingly to our prime idea of the Kingfisher, resembling its open winged form and vibrant joyful colours that not only protect the children from the weather but also more profoundly acts as a motherly figure. The actual site layout has a main central axis that is encircled by the six classes, which are shaped in the form of an egg so as to symbolize the Kingfisher´s offspring’s which carefully protects and prepares for adulthood. 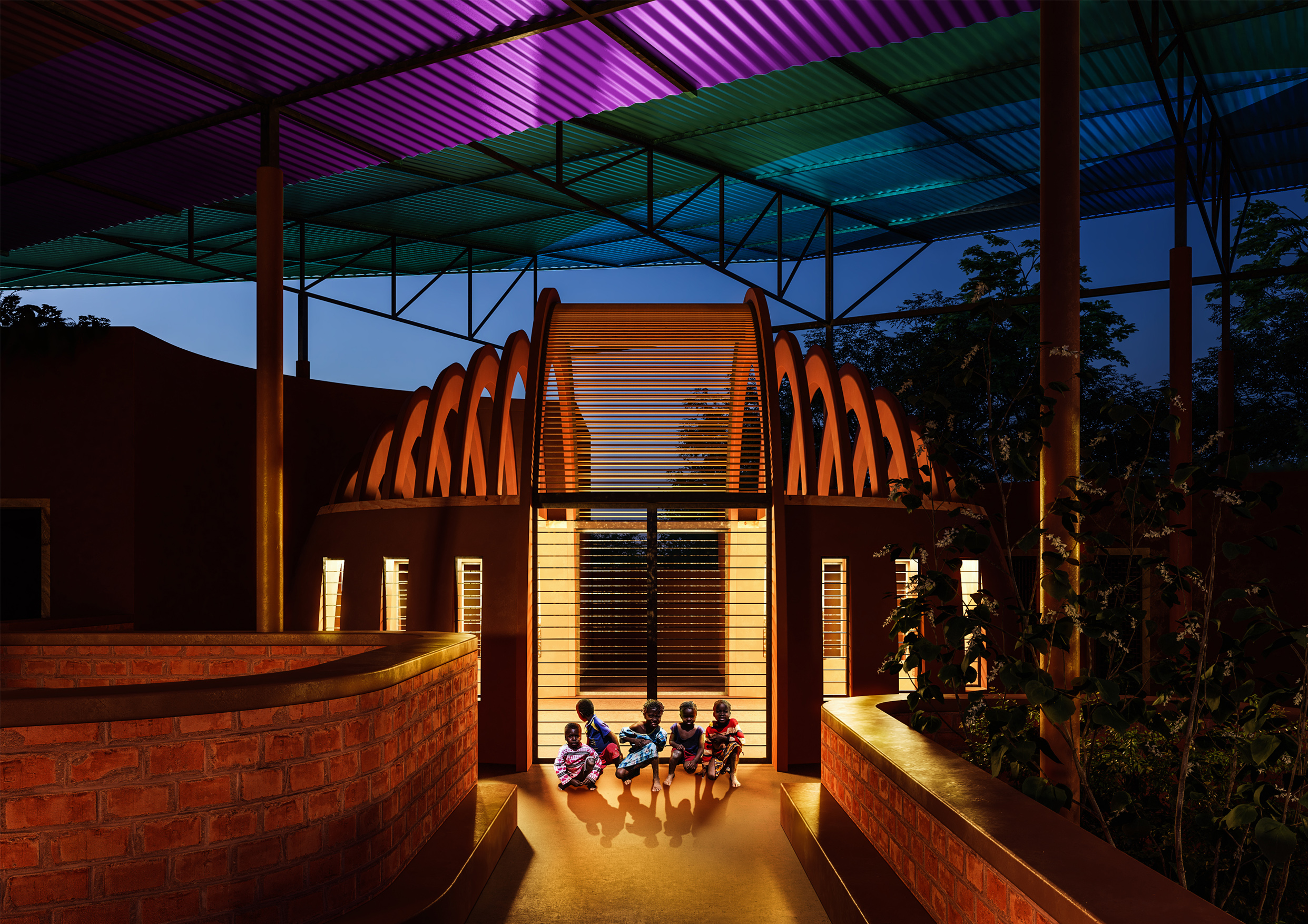 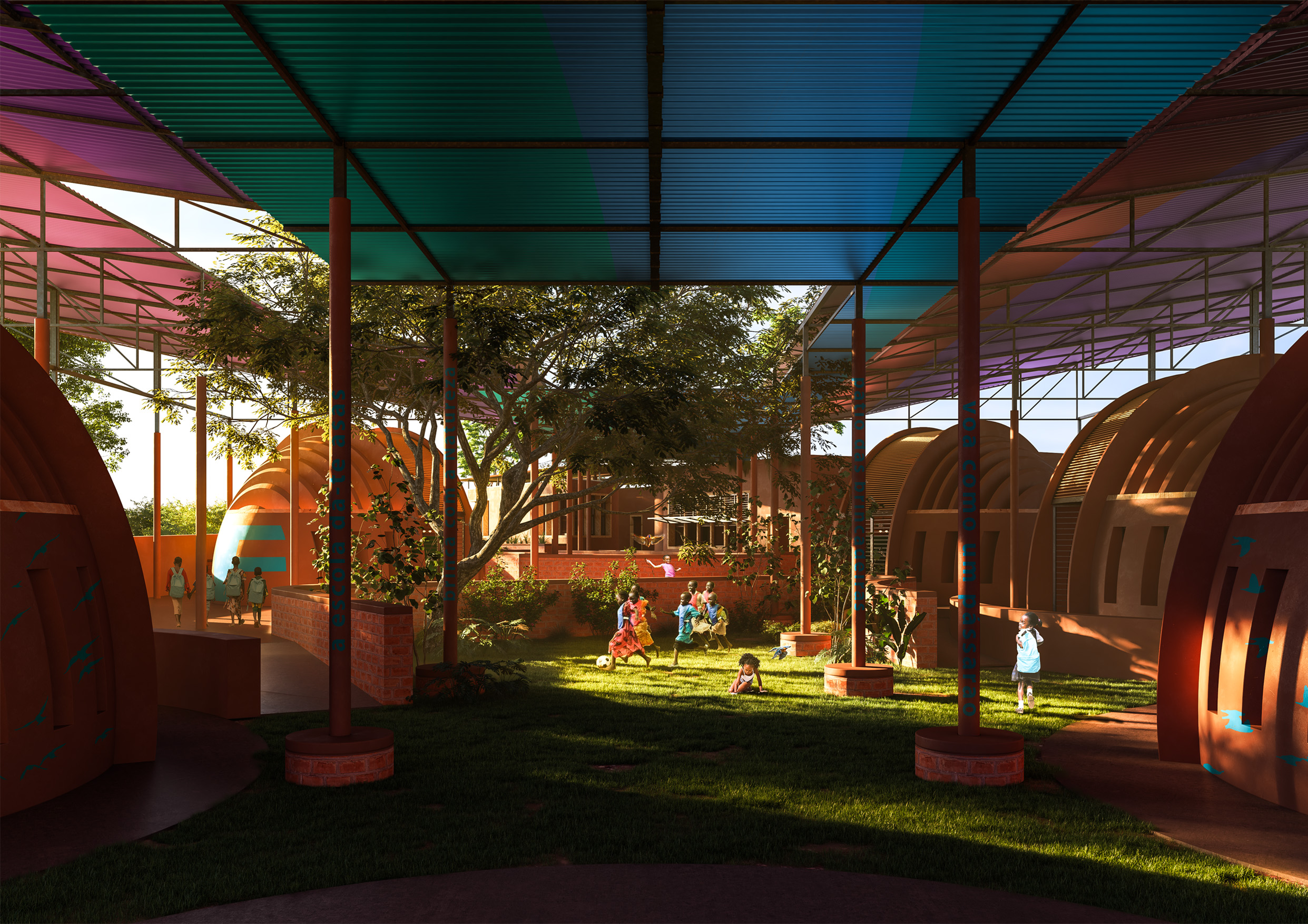