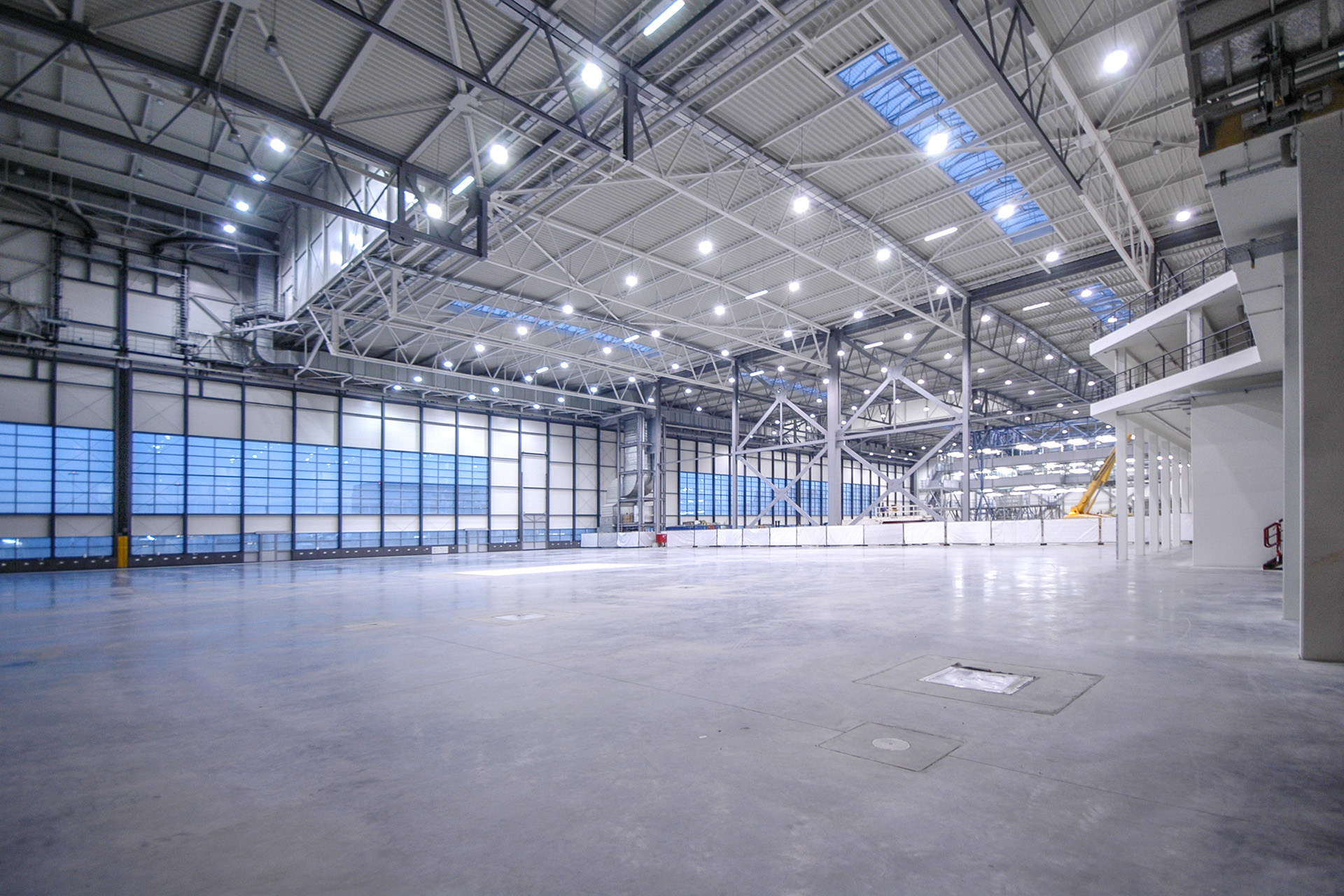 In the immediate vicinity of the structural and equipment assembly hall, the west side houses the completion assembly hall, which was specially designed for the A380, where the Airbus flagship, which is produced in close cooperation at various European locations, receives its interior fittings, and where the cabin interior, panelling and seats are assembled. Two specimens of what is currently the world's largest passenger aircraft can be processed simultaneously in this hall. Since the machines arrive here in their already assembled state, the two building sites have an enormous column-free area.  The main load-bearing structure of the building is formed by the ten-metre high external steel trusses, from which the secondary structure is suspended in the interior below the roof level. Apart from the supporting structure, it is above all the characteristic design that characterises the external appearance of the 195 x 82 metre hall. 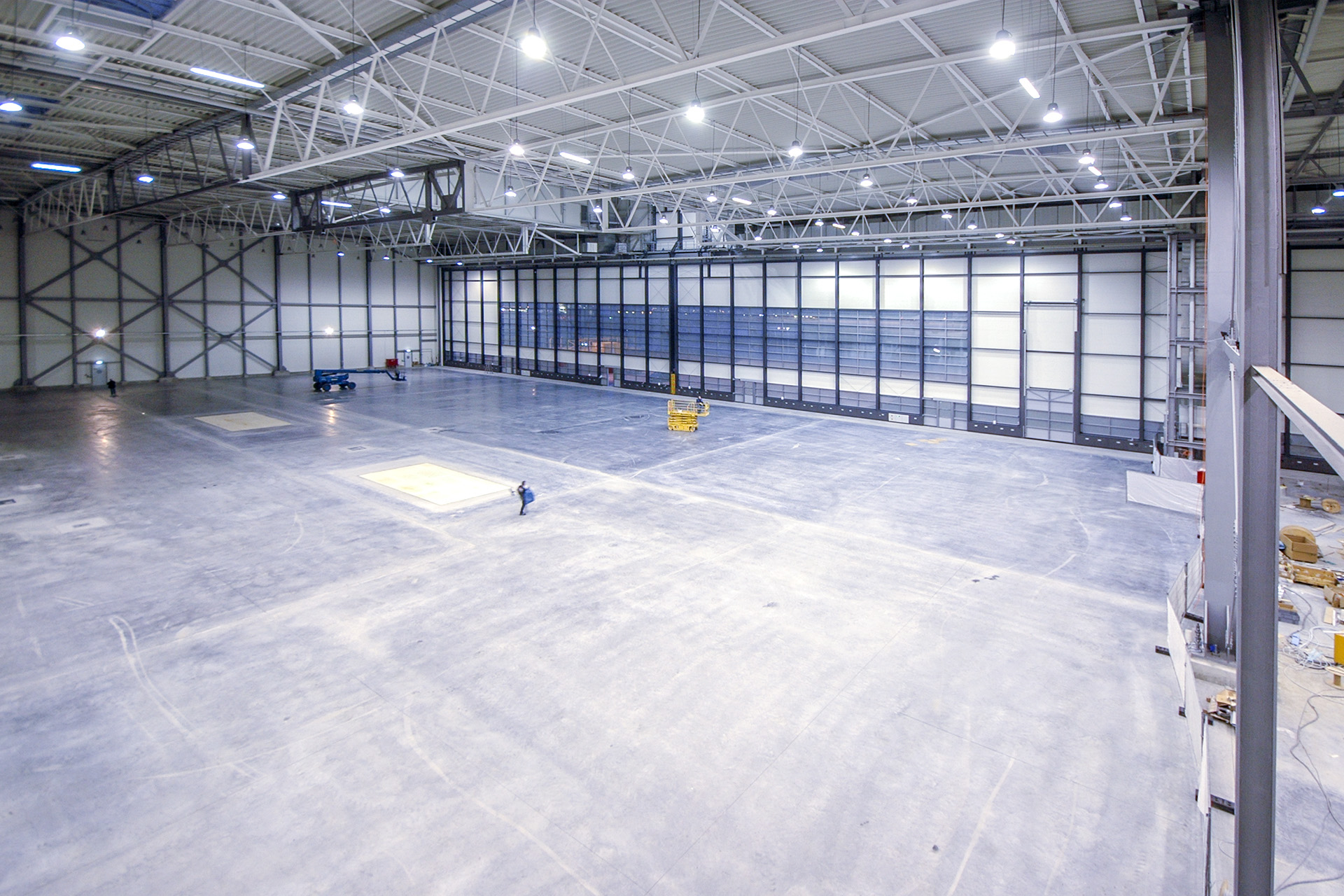 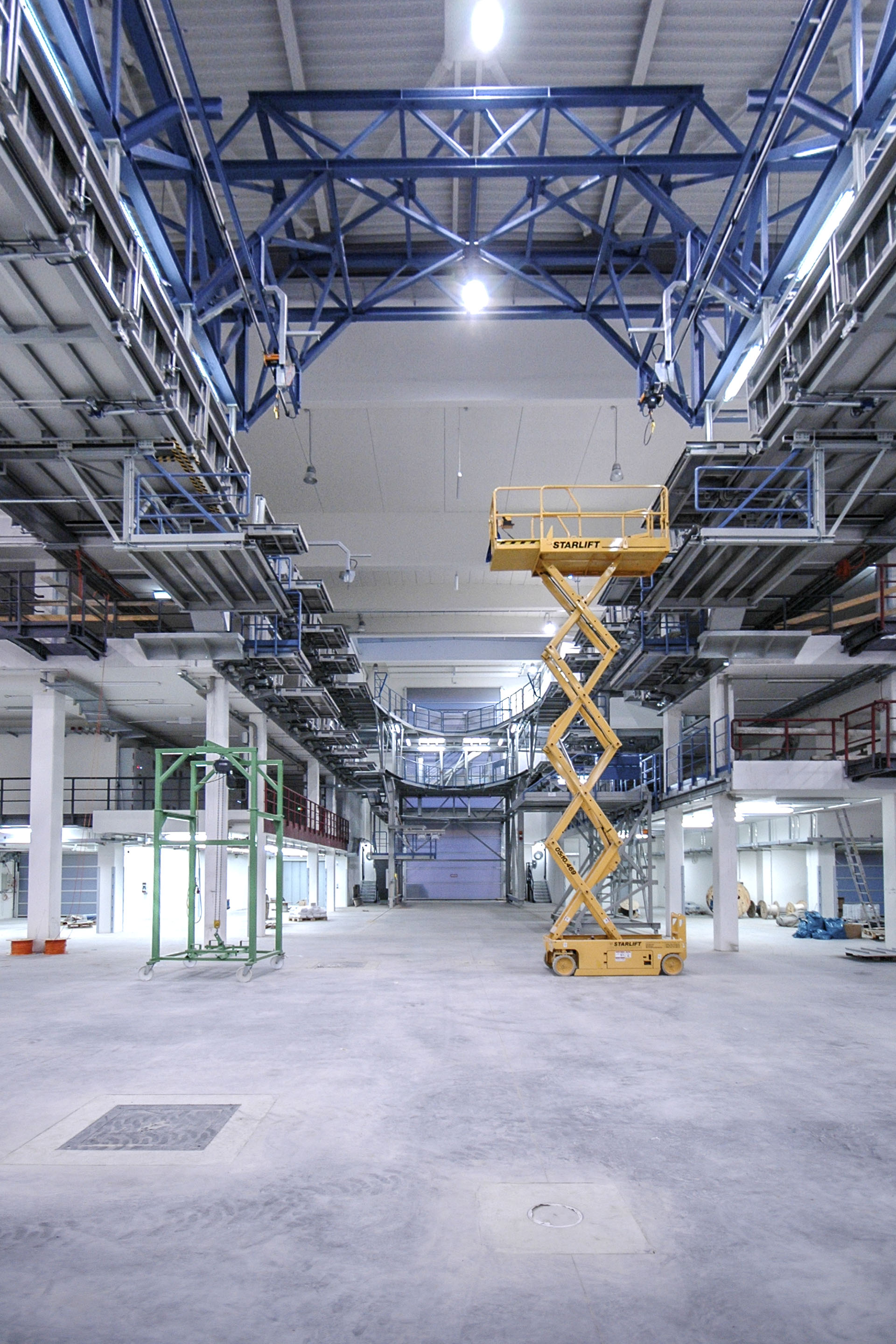 The basic rectangular shape is broken up by the so-called bow scoops, which dock onto the northern façade, and the tail scoops, which protrude from the roof and accommodate the nose and vertical fin of the A380. In this way, the shape of the building follows the contour of the aircraft and thus optimizes the volume of the room. The south façade essentially consists of closed 17-metre high sliding door elements that can be opened to the width of the building site. Partial glazing is integrated into the door areas to provide natural lighting for the workstations in the hall. The rear scoops above the gates can also be opened; they are equipped with double-wing swivel gates. On the north side, all secondary functional rooms are accommodated in a six-storey timber-frame building, with the façade designed in accordance with the functional requirements behind it - in the production and social areas as well as in the field of vision of offices and stairwells, window bands with openable window casements create transparency, while in other areas heat-insulated metal cassettes were used. 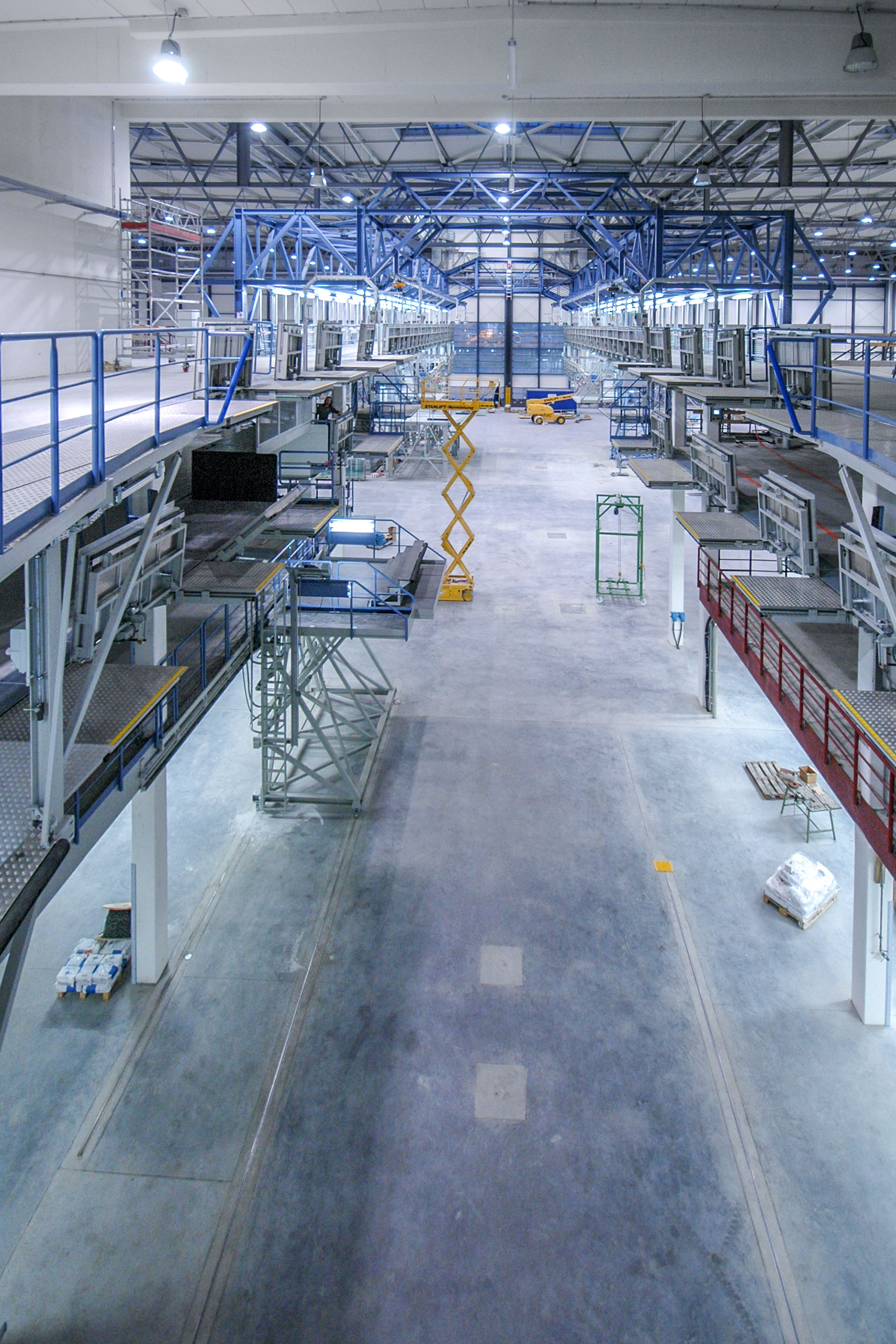