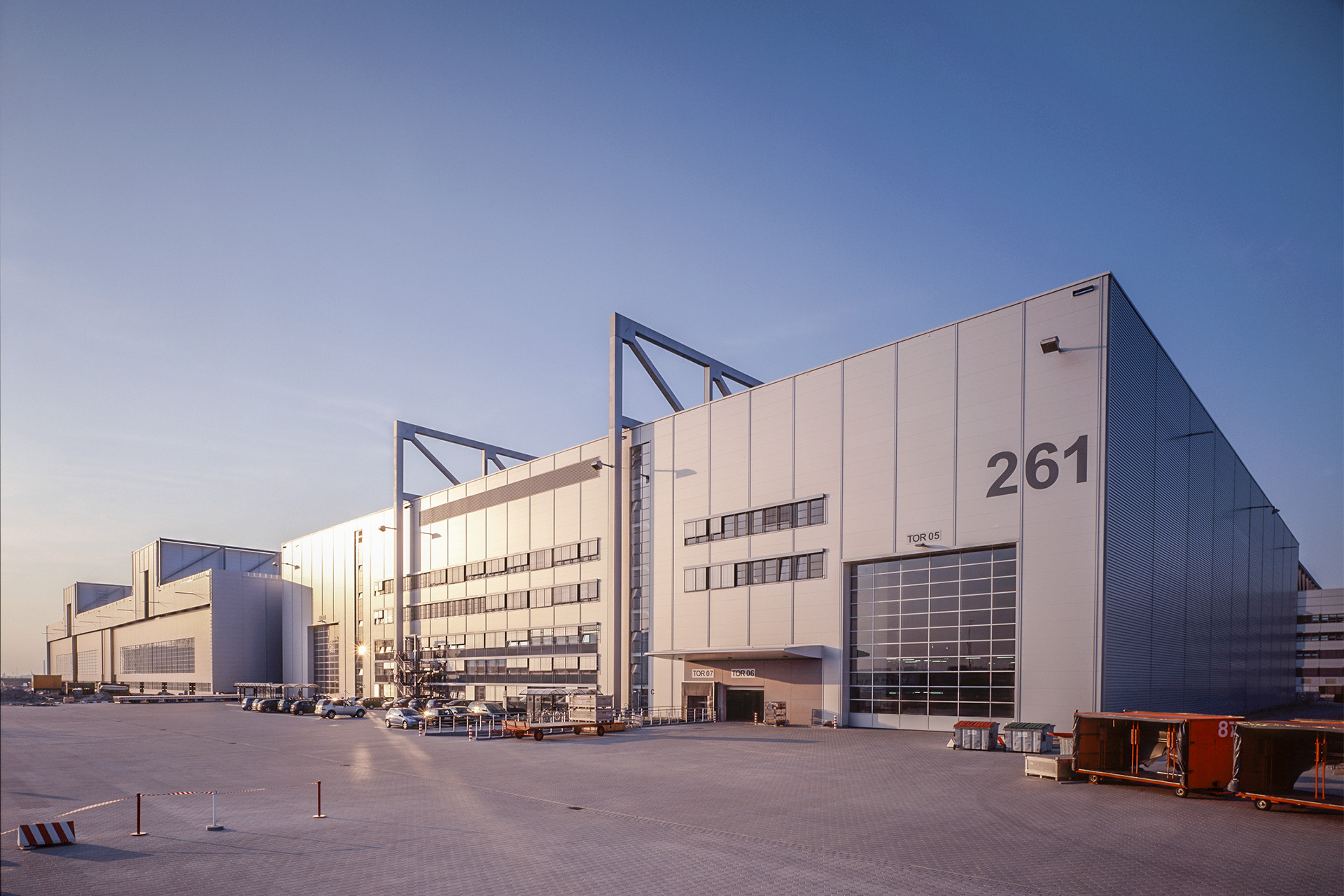 Hall 261 accommodates facilities for structural and equipment assembly. Specifically, in these two production steps, the front and rear fuselage sections of the aircraft, which are constructed in aluminium half-shell construction, are first assembled and then equipped with all flight-critical systems (media, cables, hydraulics etc.) before the individual sections are transported to other European locations for final assembly. Currently, this is the Airbus A330, the final assembly of which is carried out in Toulouse. However, the architectural concept of the hangar is characterized precisely by its adaptability to different aircraft types, as it was planned from the outset in several construction phases. In the course of the first construction phase, which was completed in April 2006, the entire hall was built, but for the time being only the southern part was extended. The structure is designed for extensions of the building in an easterly direction up to a maximum length of 360 m. In order to be able to assemble the new A350 aircraft type here, the hall was extended from 120 to 184 metres in the second construction phase in 2009 during ongoing production operations and its northern half was extended. The main structural level consists of two ten-metre high steel truss girders, which run over the outside of the building and give the roof its characteristic appearance. The secondary supporting structure inside the hall is attached to it so that the entire roof structure rests on four external supports. Due to the location on the bank, the complete foundation of the hall is a deep foundation on reinforced concrete piles. The hall extension built in 2009 accommodates, among other things, the area of residual conservation. In the so-called ""ReKo-Box"", for example, the rivet joints of individual components are made durable in a manual conservation process. This solidly constructed part of the building will be connected to the adjacent areas via a development zone, y in addition, logistics platforms will be arranged on several levels in front of the north and south wing to supply the building sites. The façade was designed as a metal façade. In the course of the expansion, the gable area of the first construction phase was completely dismantled, temporarily stored and reused for the new east façade.