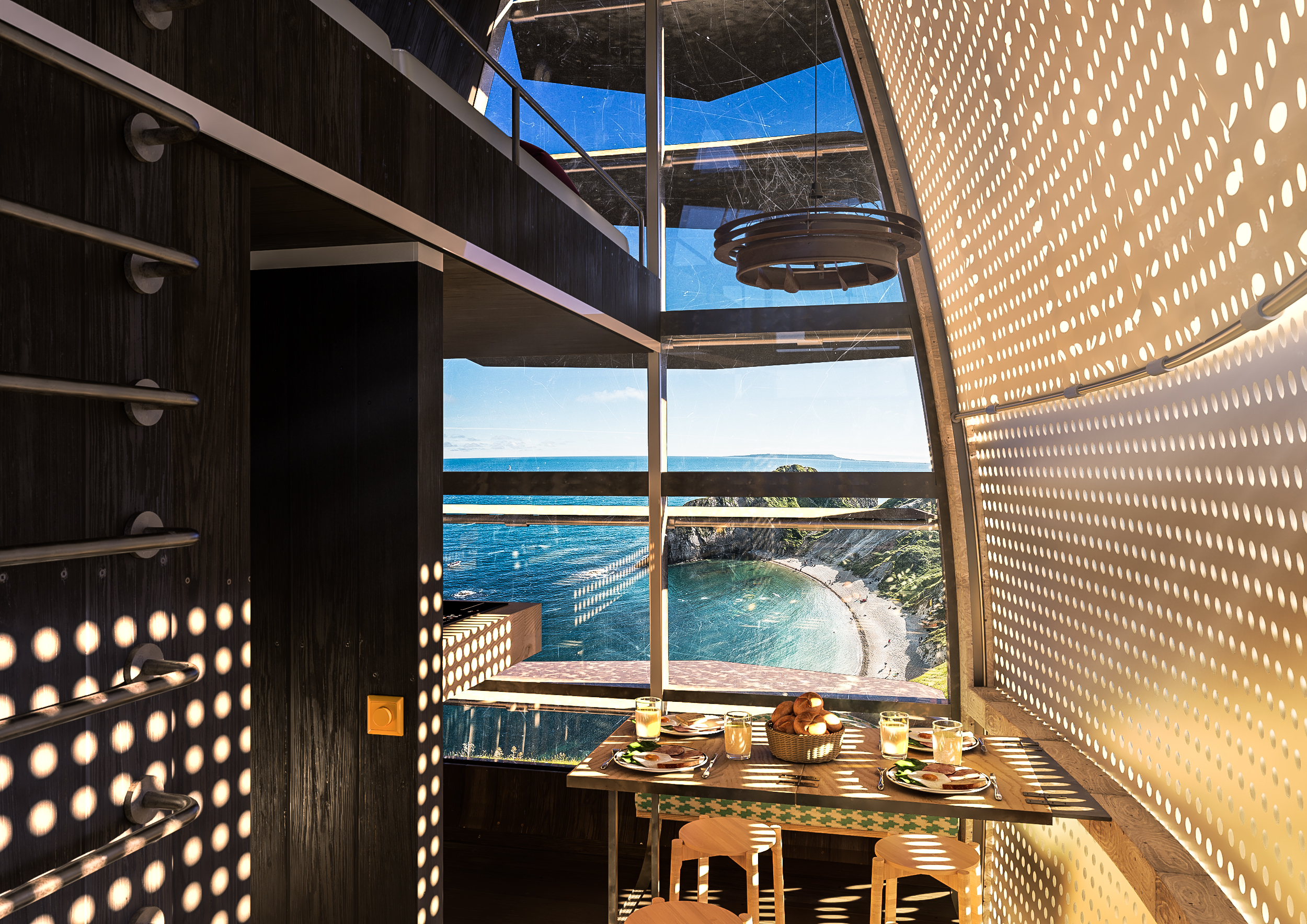 Our first inspirational gaze went straight back into Europe´s classical aeon namely the Roman Empire which was the first to intelligibly introduce a road system which brought under one single organism the idea of a unified territory through movement. Although being mainly a military strategy, pilgrims and random travellers would intensively use it. The roman milestone was thus an element to be found during the course of these roads and would provide the necessary information about the route.

Although the main concept lies within the heart of the Roman Empire, we would suggest a later important European Aesthetic which also ruled deep throughout the forthcoming centuries: The Middle Ages which also defined and sculped the European way.
The Middle or Dark ages resound still with its fantastic imagery which lies hidden in the very genes of the European spirit, kindling a sense of fantastic and mystery in the viewer and is also deeply connected to the idea of hand-made craftsmanship. For this very reason we also incorporated the idea that each cabin could be named after a famous European fairytale which would relate to the country where it stands (the legend of Percival and the holy quest, Little Red Riding Hood or even Sleeping Beauty are only mere examples). Also it would incorporate in its facades relevant information for the travellers.

The cabin´s form derives only somewhat from the original roman milestones. It develops in a way as to rise above the ground as 2 curved shells who close together in a very sinuous movement of abstraction and pursuit of gothic ascendency. These wooden and metal shells are on both sides united by a framing of iron brise-soleil which resembles the form of a medieval armour. The lateral contour of the cabin is also inspired by the elevation of a gothic arc and as viewed from the inside it is similar to the glazing of a gothic cathedral. Both classical and medieval concepts are harmoniously clasped together in this project and are formalized under the guidance of contemporary abstract thought.

In all versions, the outer shells are to remain and  function as milestones. We wanted to salvage this precious and utterly European way of making and it´s peculiar outlook and thus carve a way to empower local artisans to lend their art into the production of the cabins alowing for local creativity to flourish.

We propose a cardinal orientation for the cabins so that  lighting would be received through a East-West axis in the window panes and the perforated metal facade to the North as to receive little or no direct Sun light. 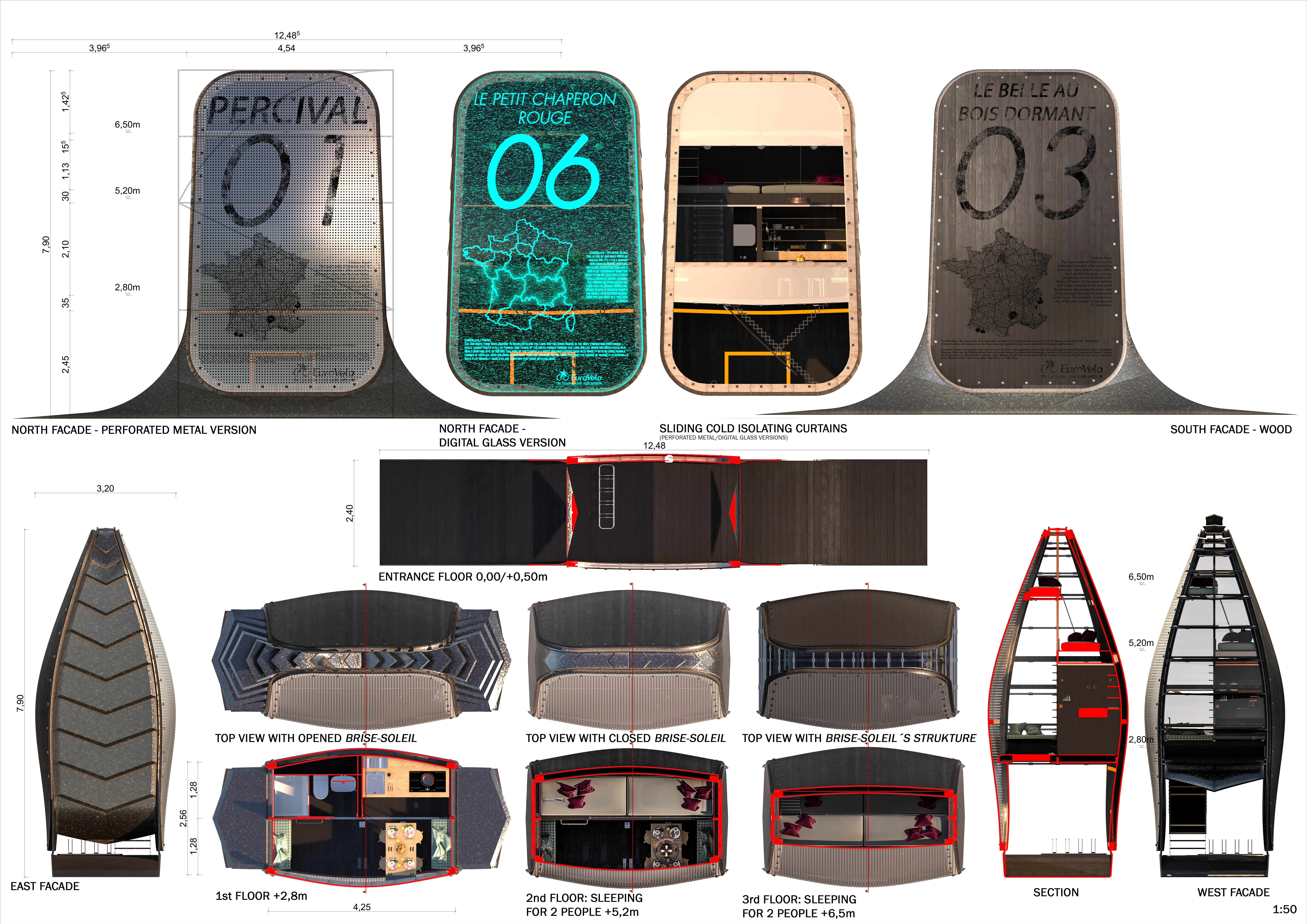