New work at all levels

The new company headquarters of Harburg-Freudenberger Maschinenbau GmbH was built in Schlachthofstraße in the Hamburg-Harburg district. The new building consists of an office building with up to five floors as well as an assembly and logistics hall.

The site is located between Schlachthofstraße and the "Maßnahmenfläche Weiden-Sumpfland", an area of land in front of the A253 motorway. To the south, the area borders the new building of the Garz & Fricke headquarters. The northern end is formed by the "near-natural woodland".

The load-bearing system of the assembly and logistics hall consists of steel columns, truss girders across the hall and trusses under tension along the hall.

The two-storey set-back entrance area was provided with a mullion and transom façade.

In the area of the assembly and logistics hall, the façade is designed as a sandwich panel façade with large glass areas and gates. 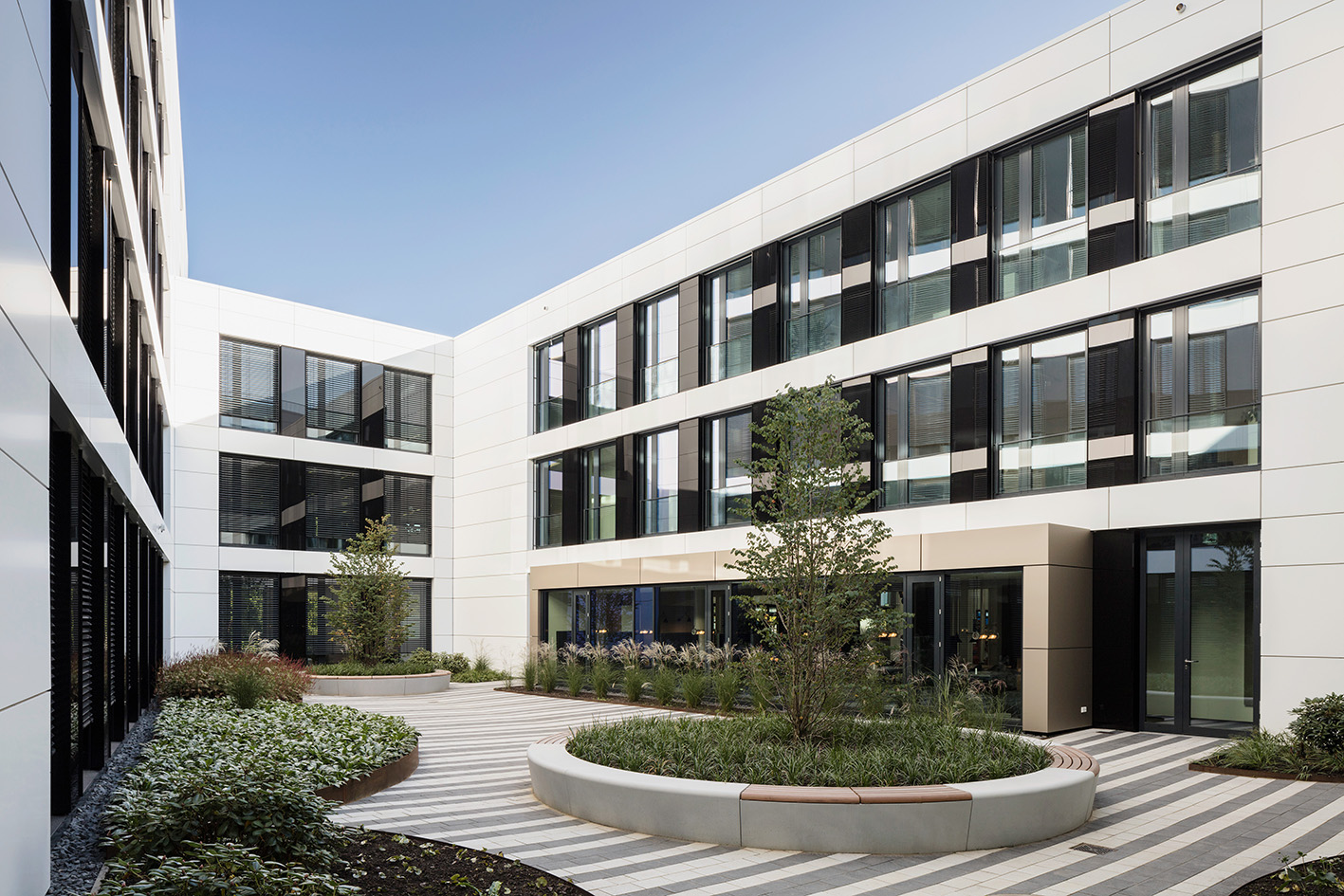 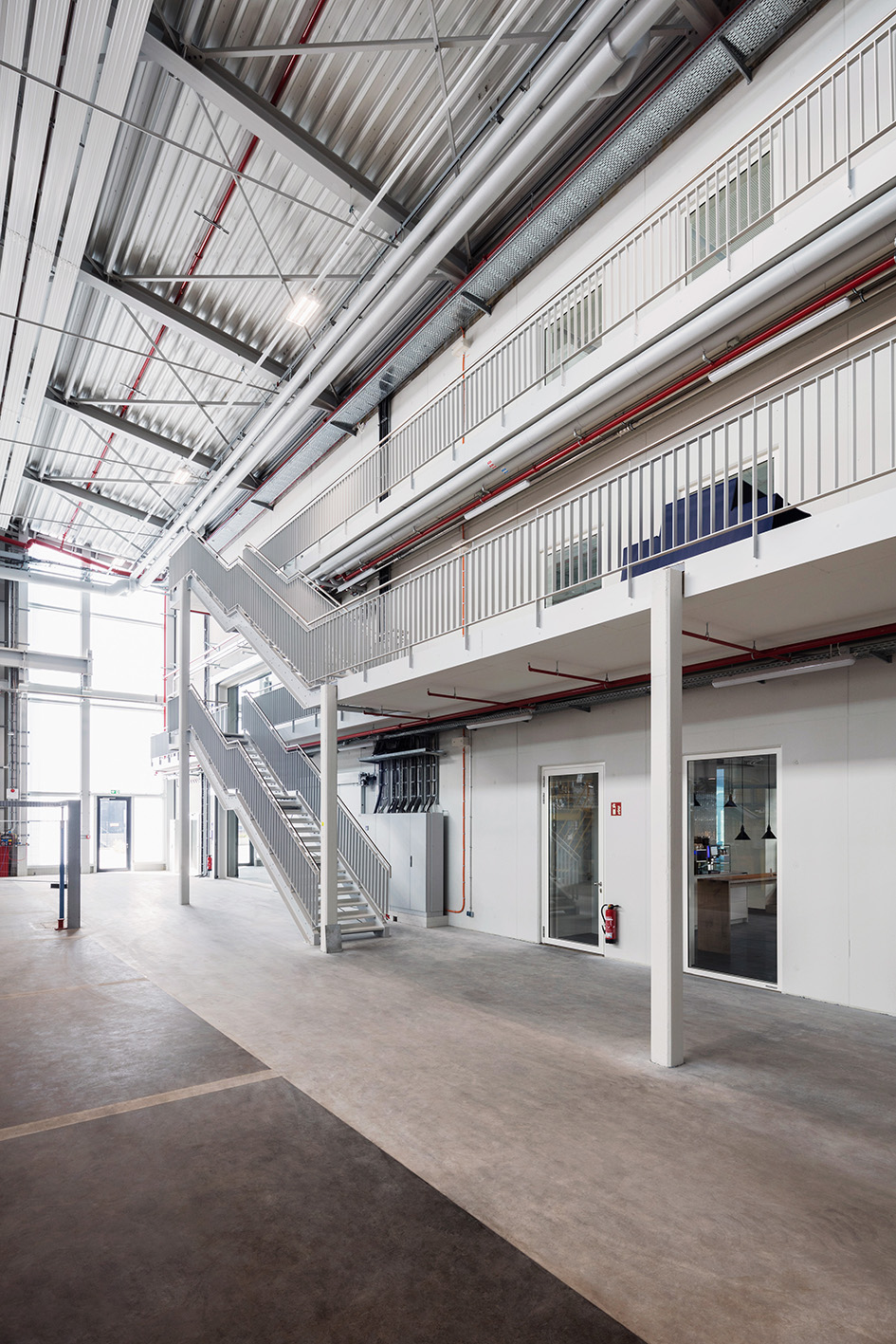 The office building and the hall will be separated by a firewall, whereby the three floors of the east wing of the office building partly belong to the hall. This allows a direct connection between the development departments and the assembly hall. The hall can be reached from the designated office areas via an open staircase. The cafeteria located on the ground floor will not only be used for breaks, but also as a communication link between the office and the hall.

This is also reflected in the office concept: The office spaces are designed as open areas with workstations, meeting corners, focus boxes as retreats for quiet working and rest areas.

The concept of "New Work" implemented here includes the ideaof the open office with a high degree of communication between the various disciplines and the non-territorial office, where employees do not have fixed workplaces but can choose a place with their colleagues, depending on the daily requirements. The aim of the concept is to improve networking and communication between the departments responsible for development, design and sales of the machines. 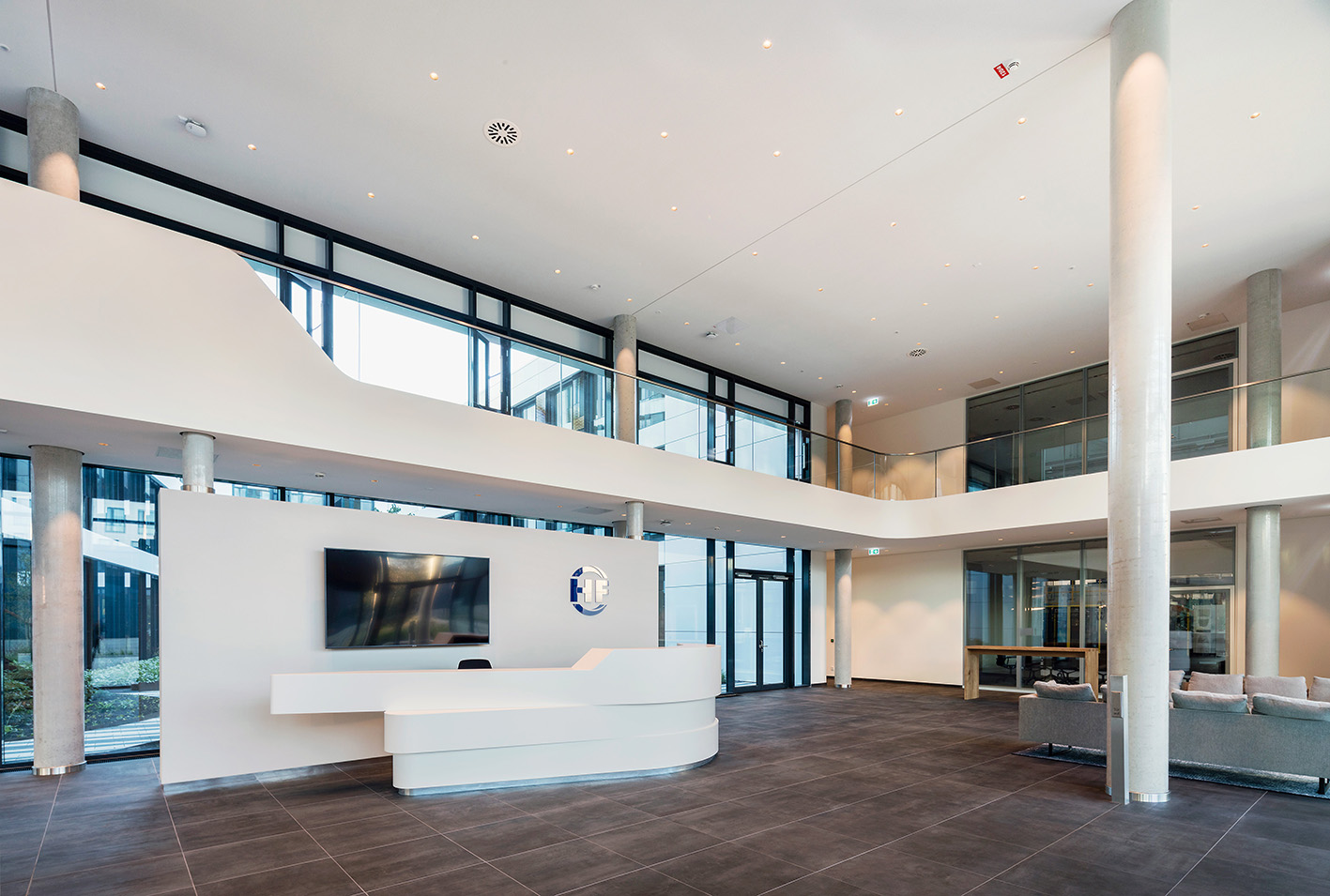 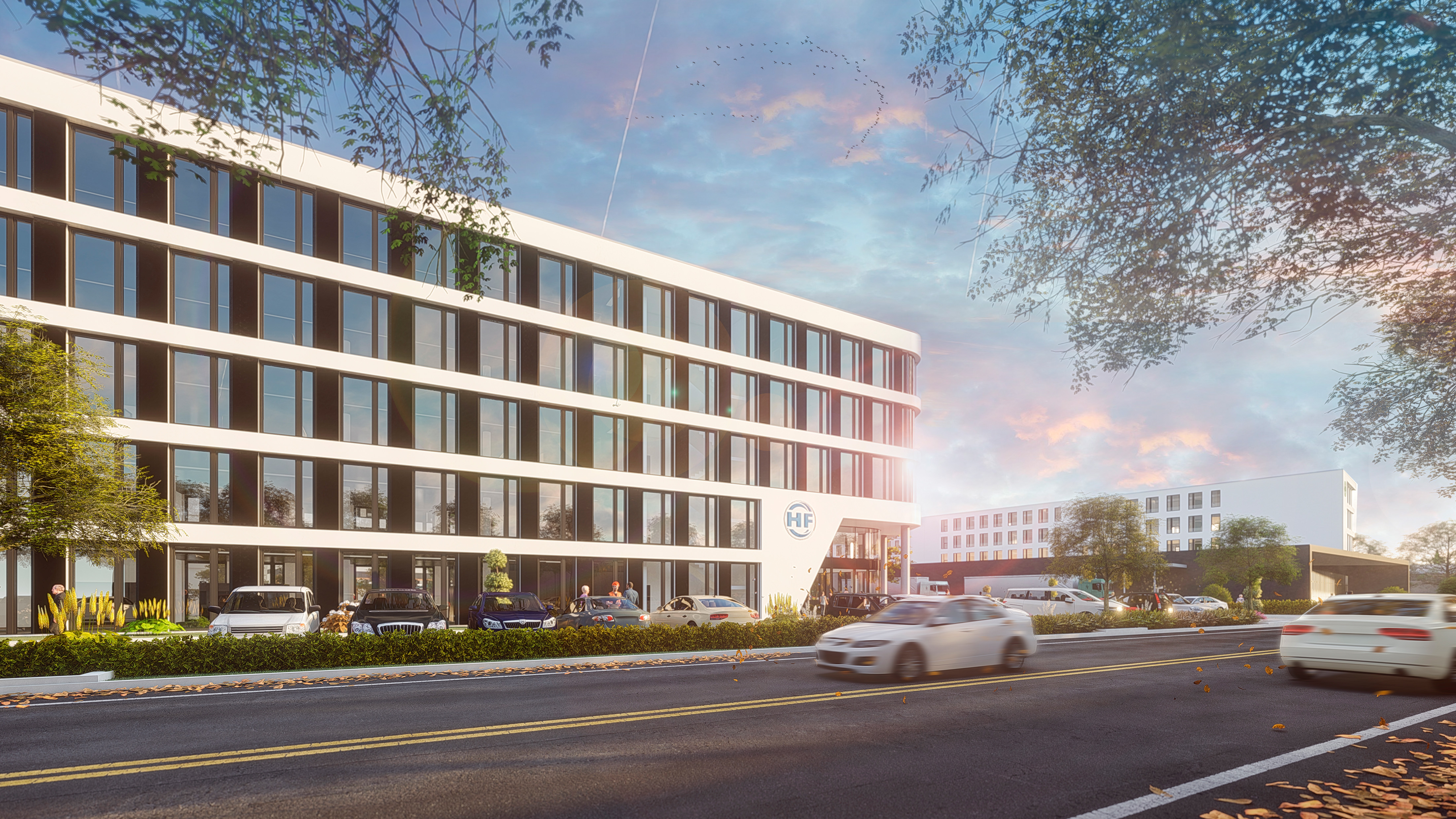