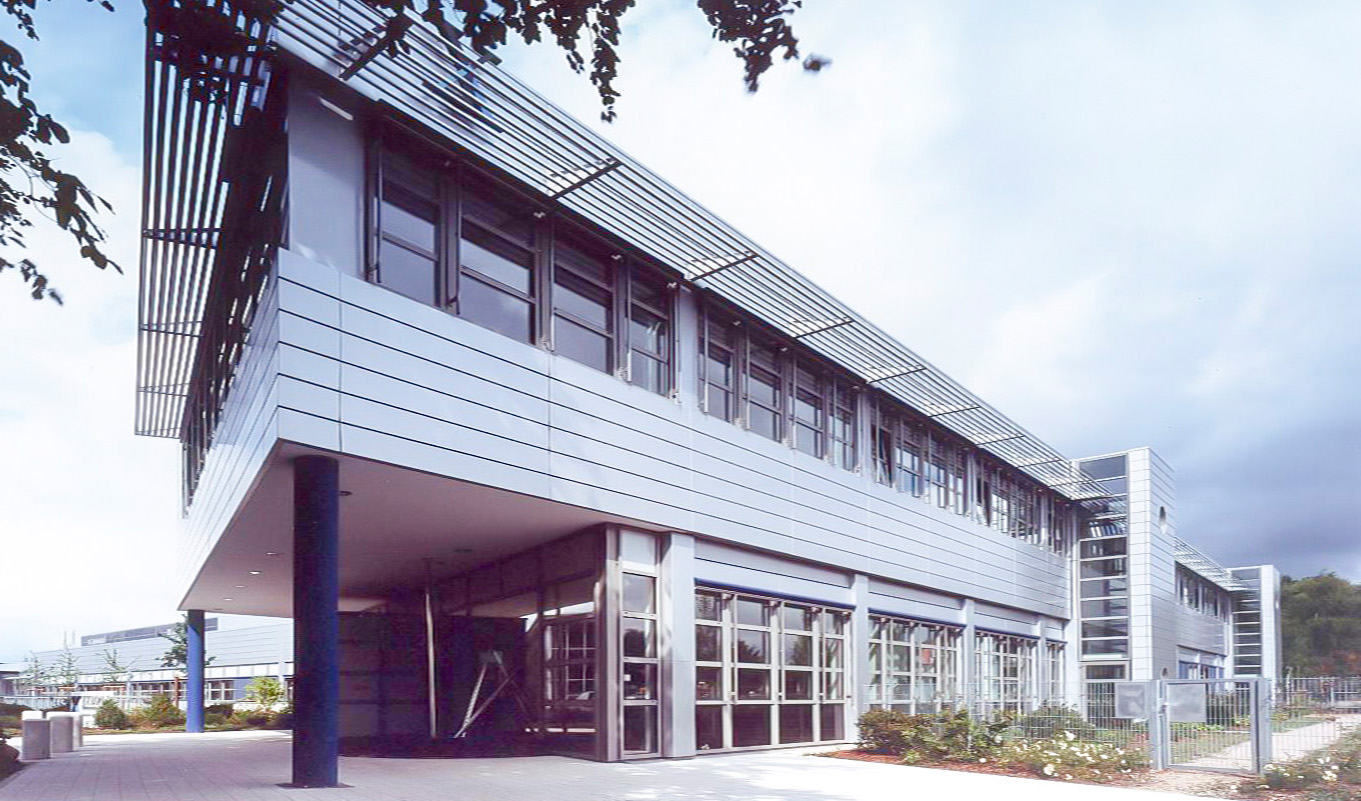 YXLON International is the leading supplier of industrial X-ray and computed tomography systems for non-destructive material testing. PSP was commissioned with the construction of the new company headquarters with attached production facilities. The site is located in the Langenhorn industrial park in the north of Hamburg and is also easily accessible by public transport. The building is divided into two volumes and the administration block extends to the main road, the Langenhorner Chaussee. The 50m long hall develops at right angles to it parallel to the railway tracks. Here are workshops, laboratories, production areas and a high rack warehouse. The entire building was constructed as a precast reinforced concrete structure with a curtain-type ventilated metal facade.
The horizontal shading elements are the characteristic element of the office wing. The south façade of the high-bay warehouse, which rises behind the delivery area, is completely covered with photovoltaic elements. Light-directing glass has been integrated into the window bands of the south facade to reduce the amount of supplementary daylight and thus the energy requirement. 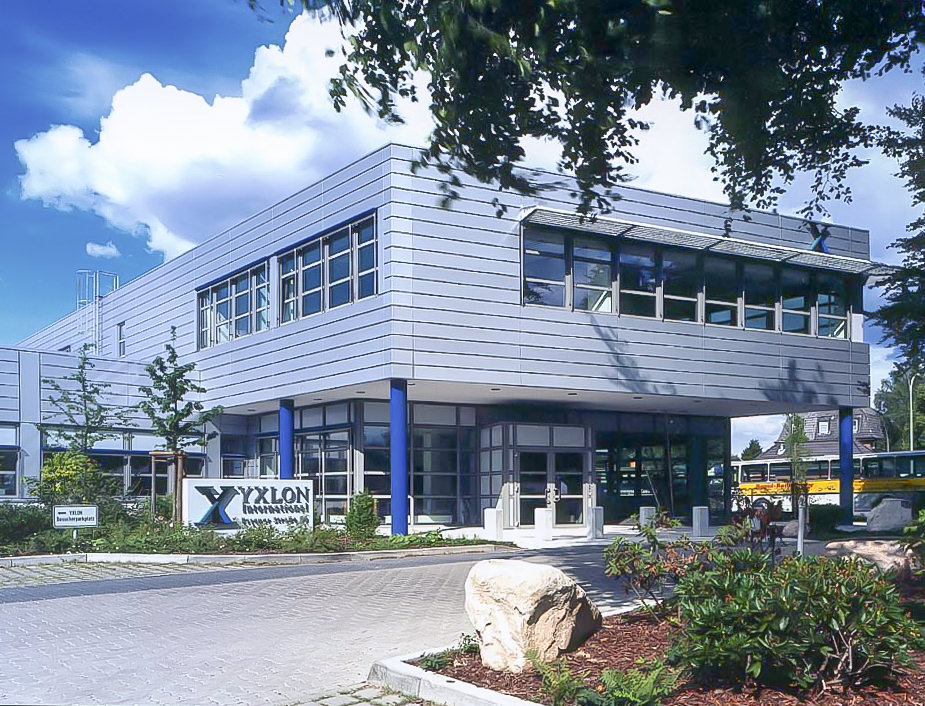 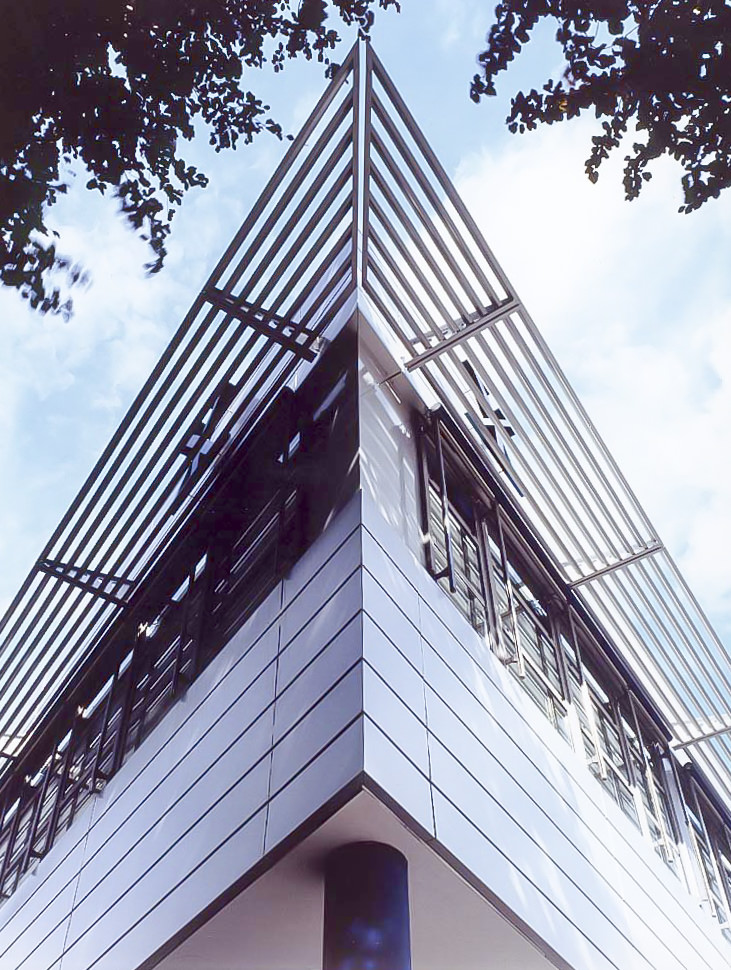