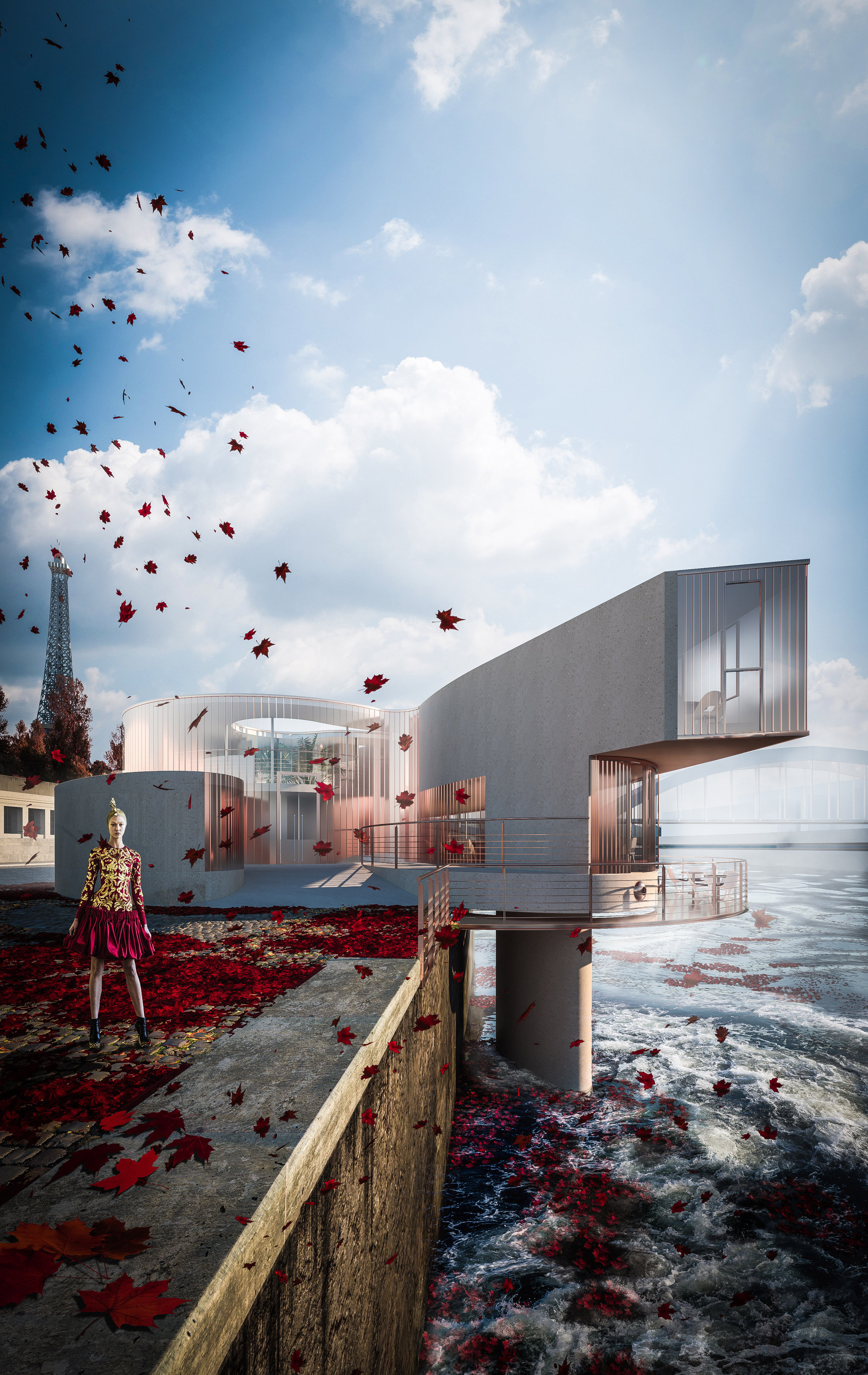 Elements such as the parisian limestone blend together with the most luxurious and marvellous colour of all the world: gold, which we associated to glass through different intensities either to reveal the landscape or to function as a sunblocker. We then extended our creativity towards the creation of a building which uses curvilinear and sensuous volumes which entwine themselves to create an organism of fluid movements which guide the visitor through several surreal atmospheres as if one could move inside a perfume.

There are 2 moments: a solidified facade which faces the platform where the main program is centraly located: office, kitchen with food elevator, wc´s, reception and delivery of goods; and the dinning halls which face the riverside as great panoramic curved glass walls.  Entrance is 0,9m above the ground with a main dinning hall. On the upper floor is a lounge/wine bar which surrounds a garden of exotic plants. There are also 2 other dinnning halls which extend to the extreme of the building and connect with the outer terrace.

The glass facade incorporates small flutings to crystallize the light. Together with the limestone base, one could formally associate the building to the conceptual image of the classical parisian column, which  is nevertheless further extended into modernity with the use of a contemporary volumetric movement and an abstract play between mass and golden translucency.  We binded a long lost belle-époque of delightfull nightlife with the uniqueness of modern minimalism in order to create a reverent, austere and elegant aesthetic. 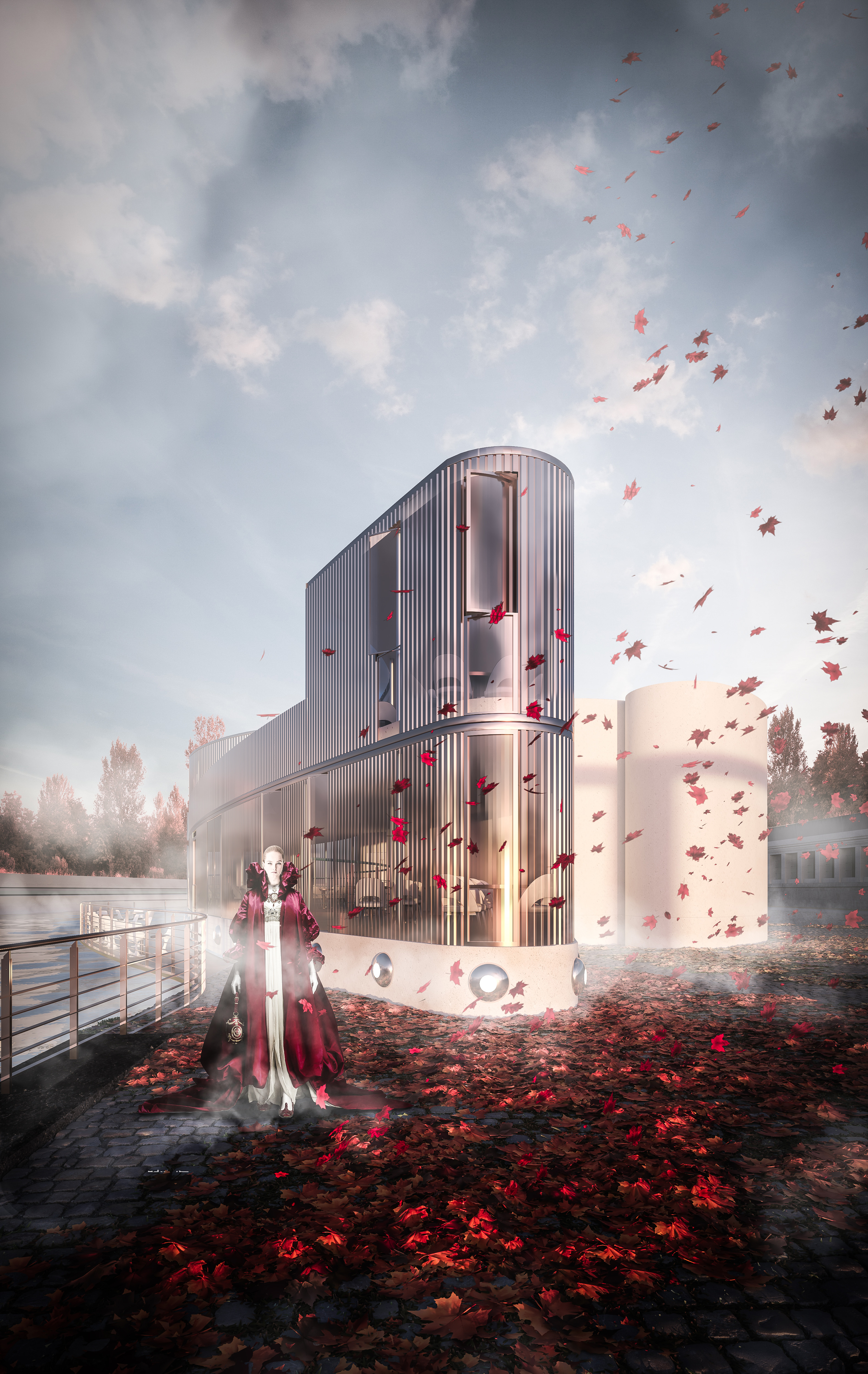 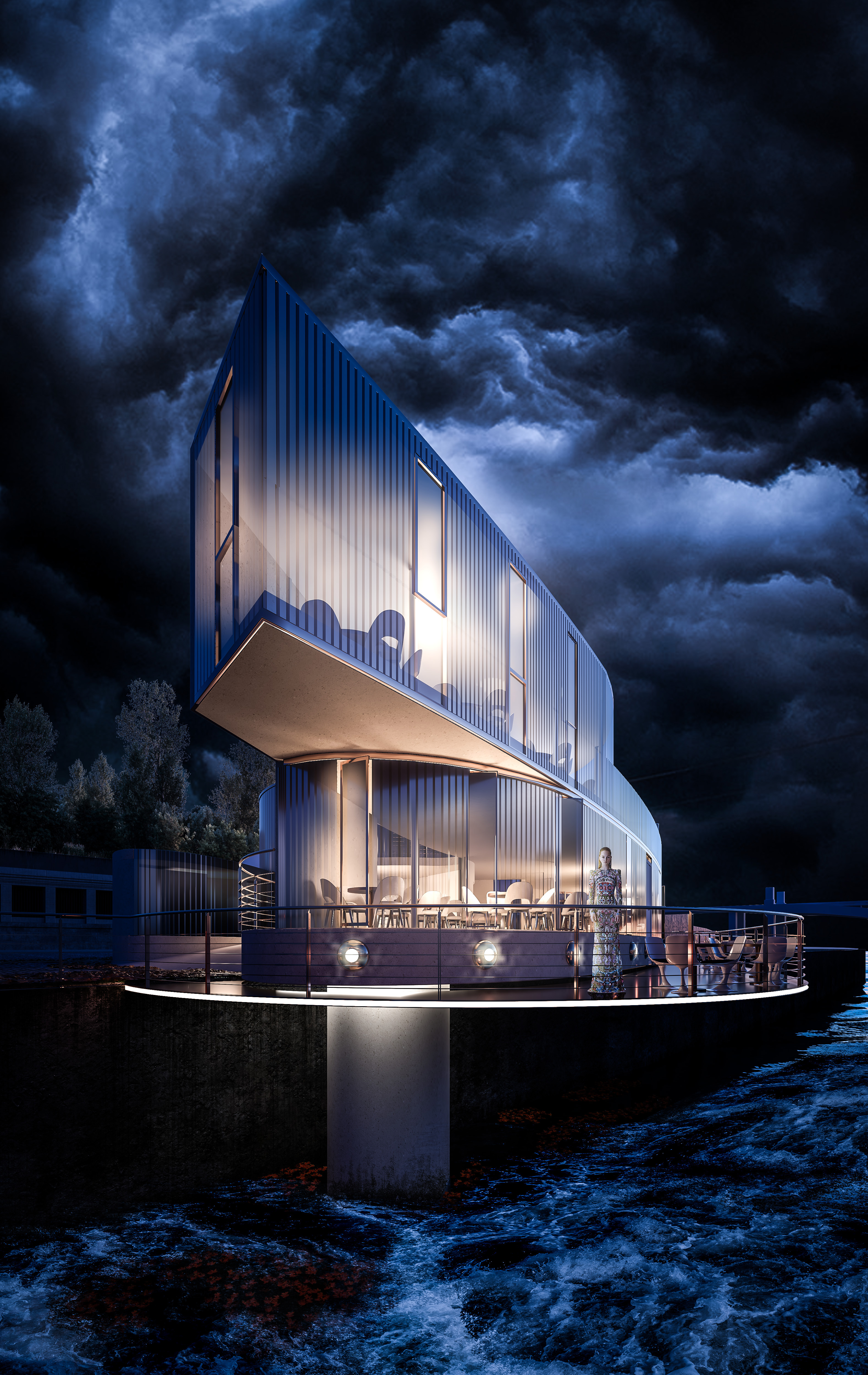