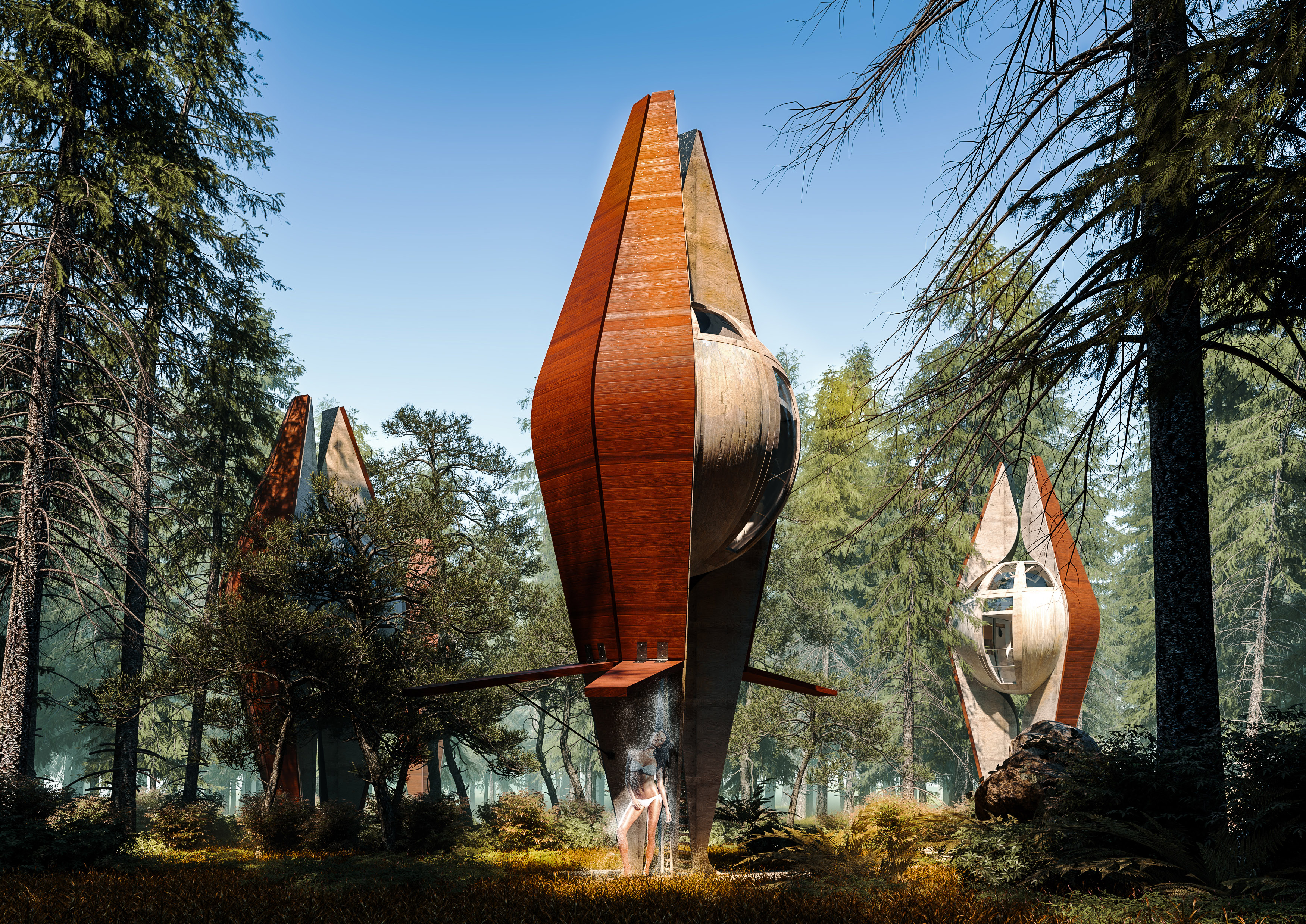 The Silent Watchers are vulpine architectural meditation and sleeping pods which form derives directly from the Red Fox (vulpes vulpes), which belongs to the Latvian Fauna.

Our aim was to create an object which could strongly and coherently relate to the existing flora and thus decided to emphasize the poetic meaning of these creatures by depicting them as the Silent Guardians of the forest that stand in a flaunted vertical position of observation.

The form, although brought into quite abstract contours, elevates the meditation area high above the forest´s floor elating the visitor a loof straight into abeyant contemplation of the canopy area. The pod, which can be seen as the Fox´s belly and face, is divided into two areas: sleeping, and above, meditation. 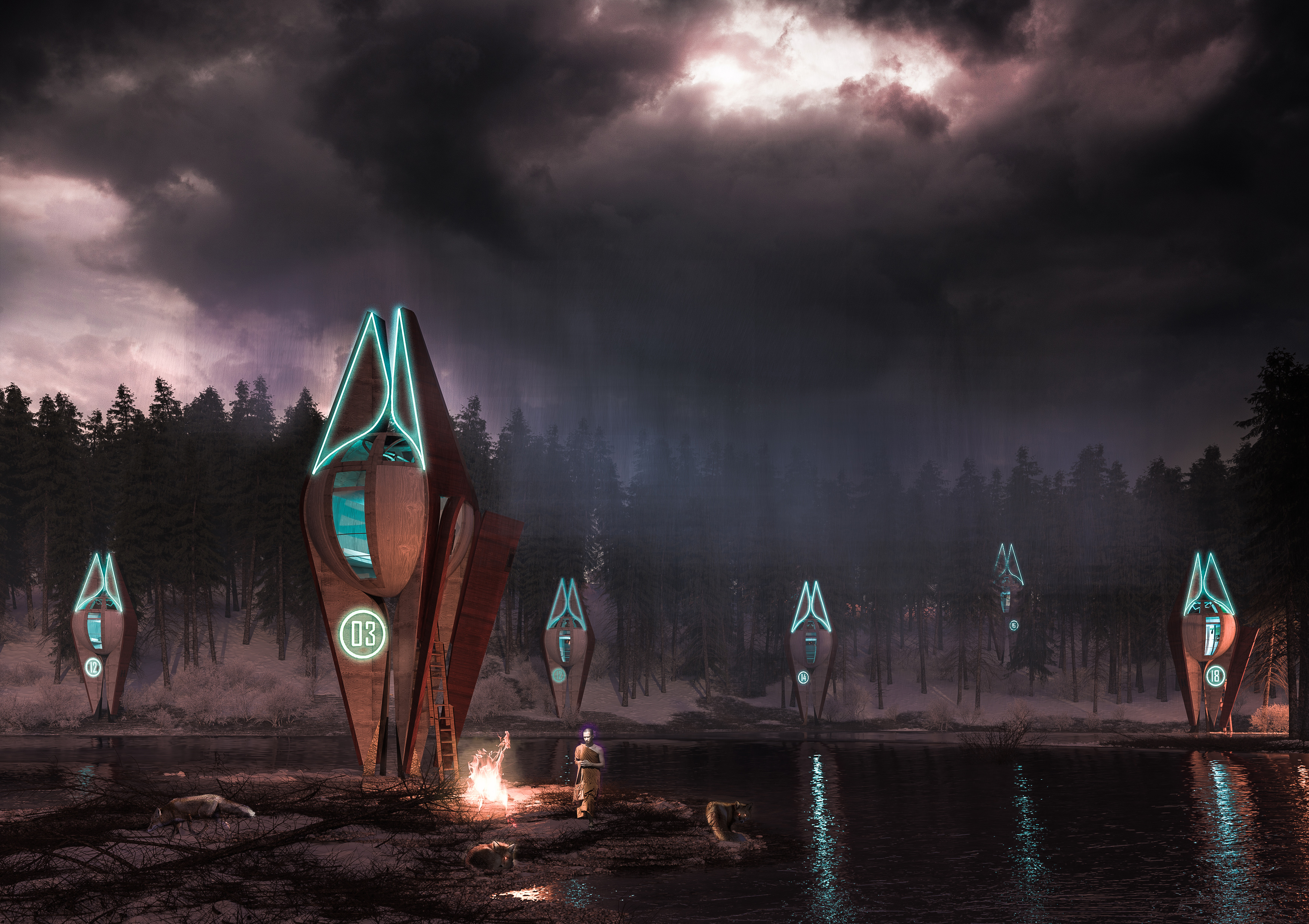 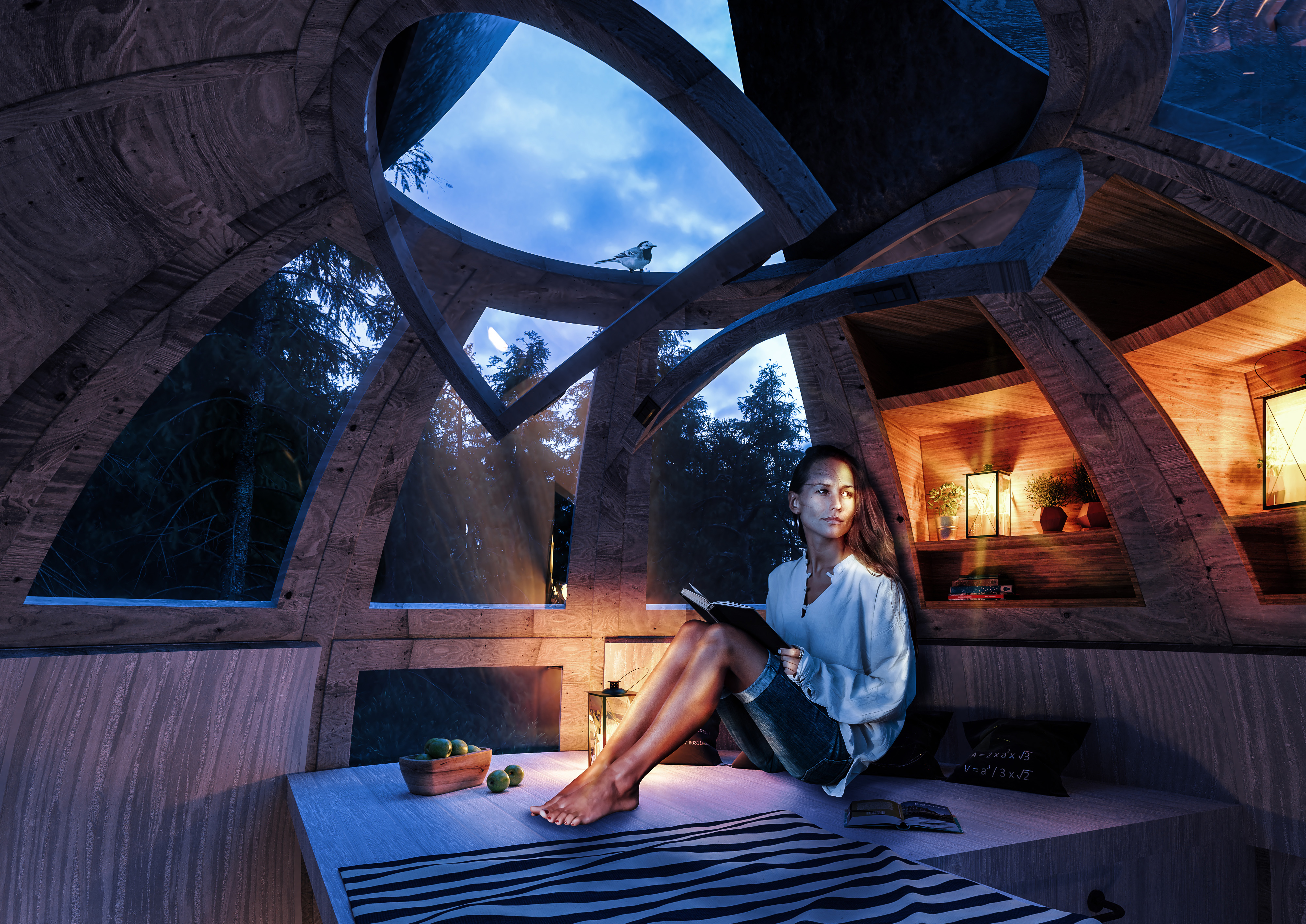 Quite poetically, the sleeping area is to be understood as an embrace of the animal´s core, where one can find a conceptual primal form of warmth. The above floor (the Fox´s mind) is where one is to enter the meditating experience. The platform allows for both lotus and resting meditation positions with a direct view into the sky above.

These Vulpine pods/cabins can be scattered over the whole area and along with the surrounding nature ensure an atmosphere of reverence, calmness and protection.

Its materiality consists only of local wood and glass, with some minor iron elements. And an addiction of bio luminescent paint for lettering and the illumination of the ears. 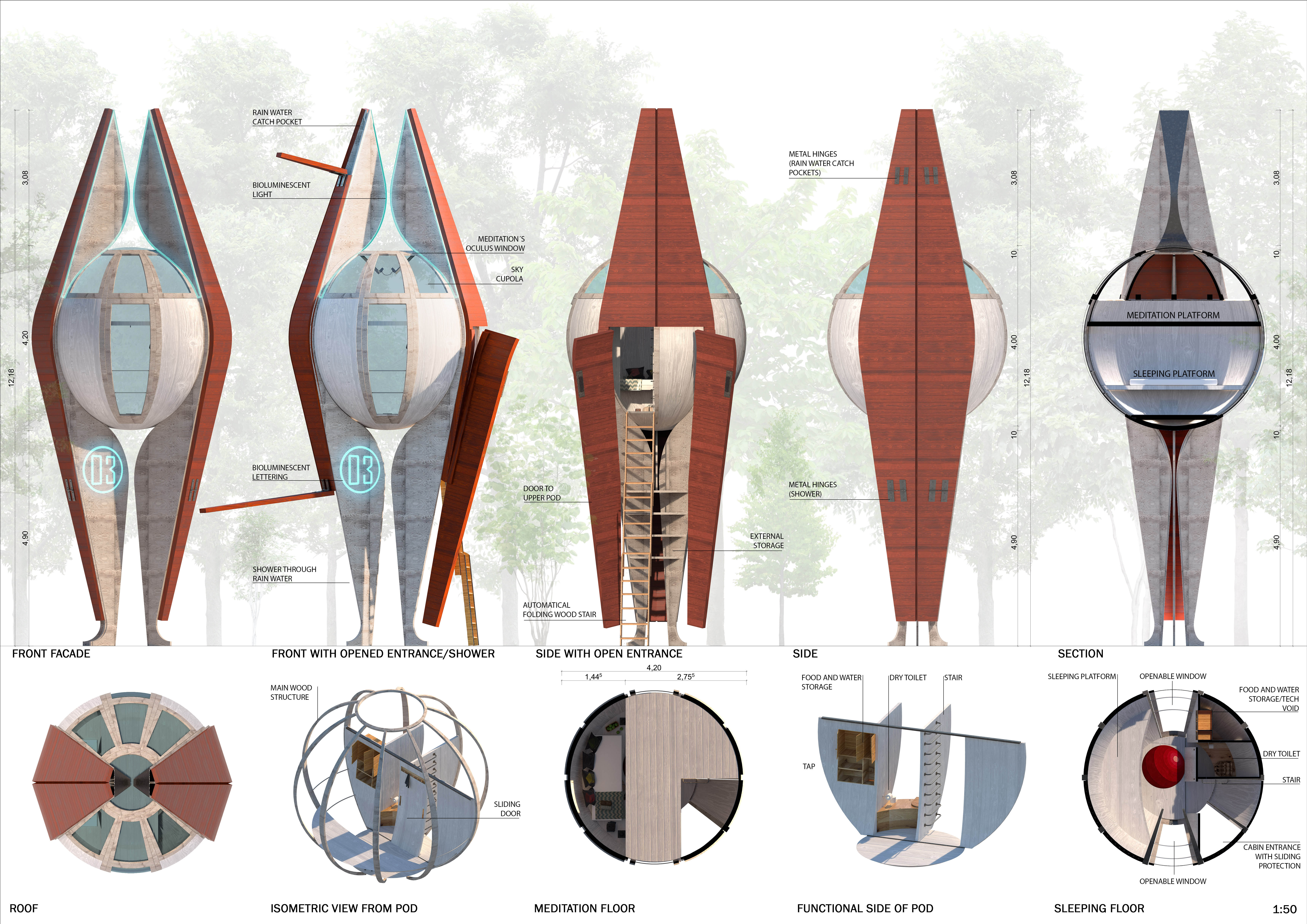 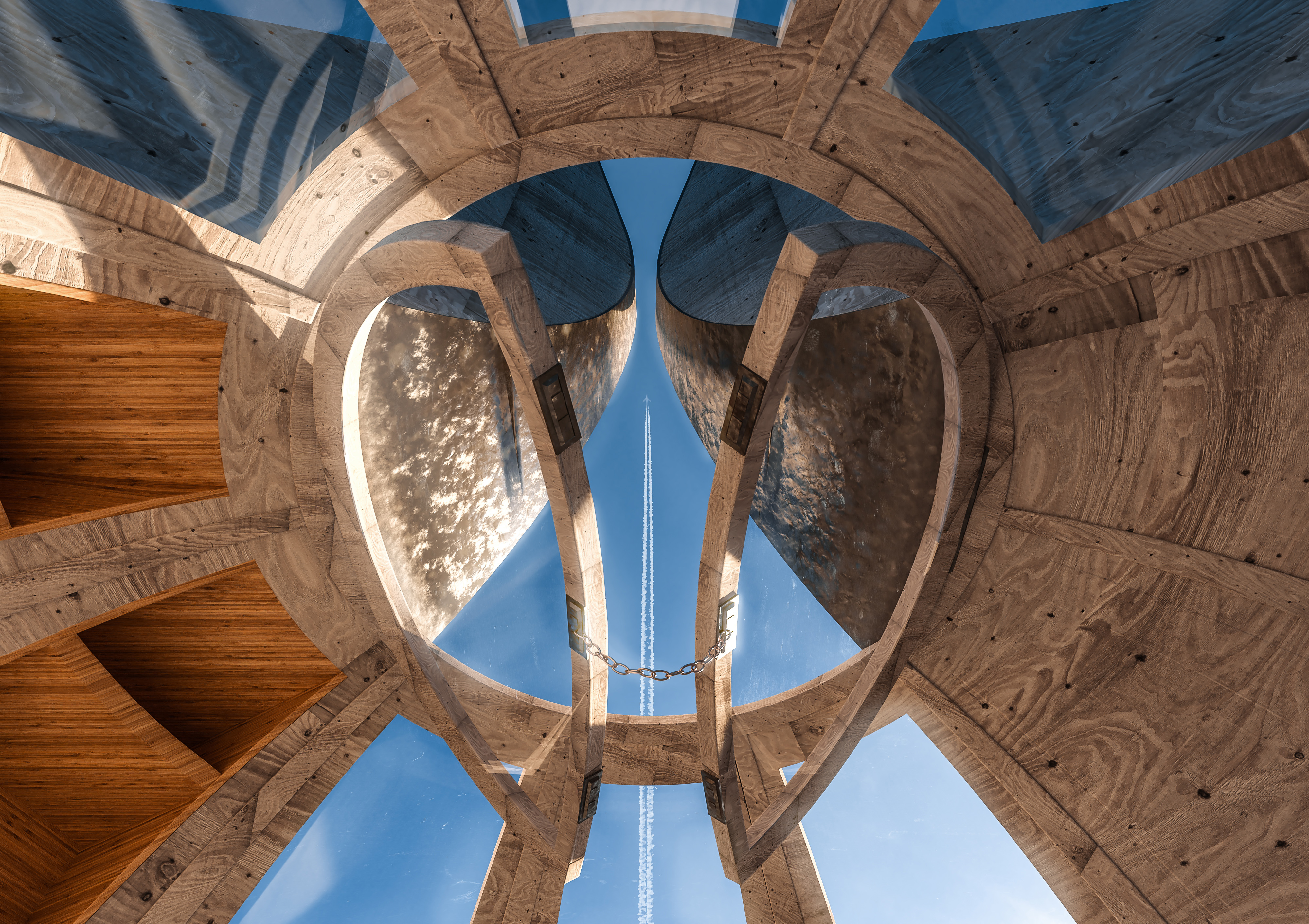